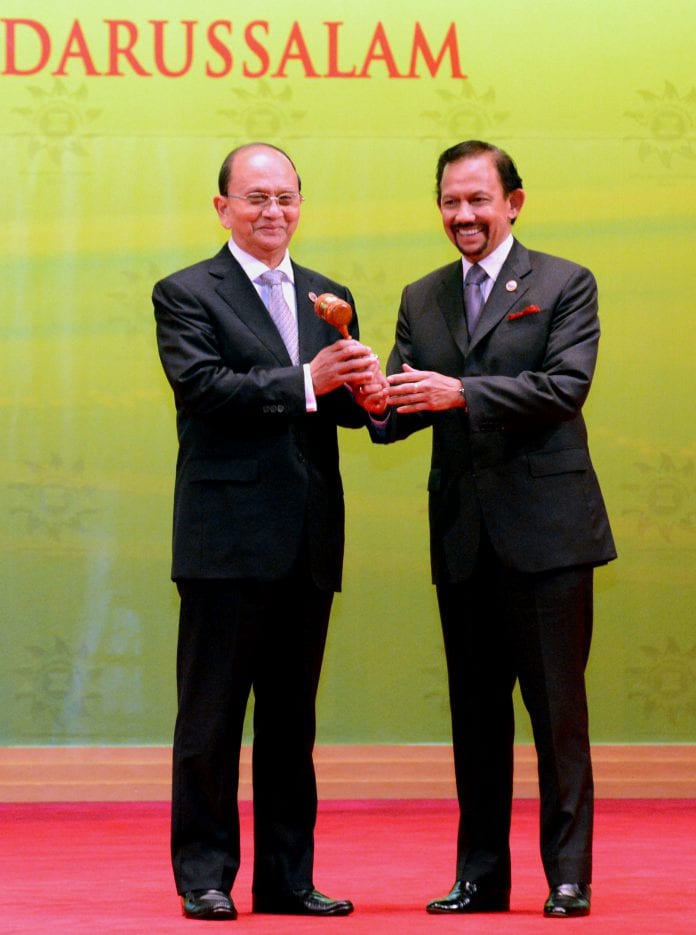 Brunei’s Sultan Haji Hassanal Bolkiah Muizzaddin Waddaulah will pay a state visit to Myanmar in a bid to boost bilateral ties between the two countries, an official announcement said without specifying the date of his visit.

The small island nation of Brunei is the 7th largest trade partner of Myanmar among ASEAN nations, and mostly trade gems, jade and jewellery with Myanmar.

In July 2007, Brunei exempted tariff on over 204 items of products imported from Myanmar under the ASEAN Integration System of Preference program in a bid to boost the country’s textile production.

Myanmar and Brunei established diplomatic ties between the two countries in 1993.