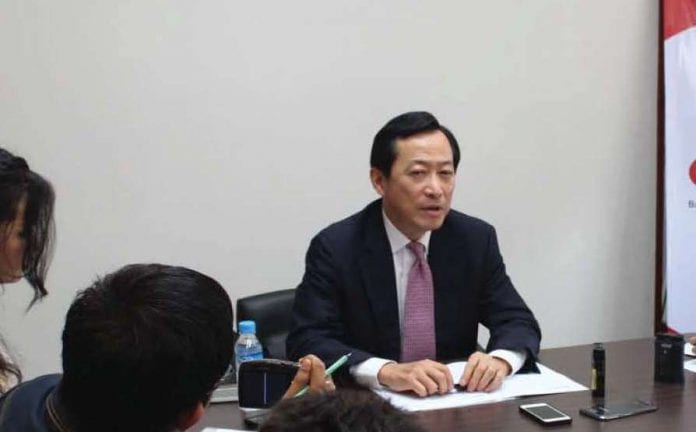 Bank of Tokyo Mitsubishi UFJ Ltd (BTMU) opened it’s first branch in Yangon today, among the first foreign banks to do so.

The bank intends to lend directly to foreign businesses, as well as Myanmar-based SMEs through a partnership with CB bank. They were given permission to open their branch with an initial investment of $100 million, exceeding the minimum investment for foreign banks, set at $75 million.

BTMU, a subsidiary of Mitsubishi UFJ Financial Group, aims to be a purely corporate bank, and does not intend to open retail branches.

Asia-Oceania CEO Go Watanabe told reporters at a briefing that they had to build their operation largely from scratch. Unwilling to pull employees from domestic banks, they hired much of their 25 local employees with no banking experience and put them through a months-long training program to be able to staff their first branch.

For similar reasons, they recently announced a donation to the Myanmar Banking Association to provide training for those in their banking sector.

Watanabe said of the future of banking in Myanmar, “We have to learn from other countries, and their banking histories, but I think the speed (Of development) can be changed. Myanmar has many opportunities to learn form other countries and make up for the time which was lost for many years.”

BTMU has branches worldwide, and has expanded throughout the region, with branches in Singapore, Bangladesh, Cambodia, India, Indonesia, Malaysia, Pakistan, The Philippines, Thailand, and Vietnam. The notably own a significant share of Bank of Ayudhya (Krungsri bank) in Thailand.

Foreign banks have previously had representative offices in Myanmar under heavy restrictions, but were only recently given permission to open branches, which can operate as full-fledged businesses.