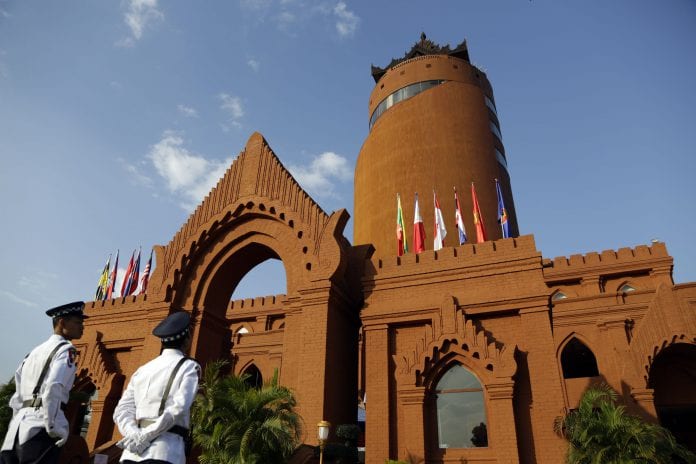 Foreign Minister U Wunna Maung Lwin said last week that ASEAN has to work on accomplishing the remaining work of building the ASEAN Community by 2015 and set a new vision beyond that year.

The minister called for redoubled efforts to execute the ASEAN Connectivity Master Plan, stressing on Myanmar’s advantageous geographic position as a land bridge between Southeast Asia and its strategic partners China and India.

He made the remarks in his opening speech as the chair at the ASEAN Foreign Ministers Meeting (AMM) Retreat, hosted by Myanmar for the first time in the ancient city of Bagan in Mandalay region.

To set up a new vision beyond 2015, he asked for the process to kick off as soon as possible after finalising the terms of reference.

Myanmar will work closely with all ASEAN members and particularly in this regard with Malaysia, the next chair, and take an initiative to formulate Nay Pyi Taw Declaration during its chairmanship.

Emphasising that the review of ASEAN Institutions is also an equally important task, he urged to promptly launch the work of high-level task force, saying that Myanmar is ready to host the first HLTF meeting.

During Myanmar’s chairmanship, the country is setting priorities to formulate ASEAN Community Post-2015 Vision, promote SMEs as prime movers of ASEAN’s economy, and address narrowing the development gap among the member states.

Myanmar is also expected to work on promoting sustainable development and address the growing trend of aging population in the region.

He urged promoting the work of Global Movement of moderates initiated by Malaysia and also inter-faiths movement initiated by the Philippines and Indonesia in order to further enhance peace and harmony in the societies.

Myanmar has set the theme for its chairmanship as “Moving Forward in Unity to a Peaceful and Prosperous Community”.

The AMM Retreat, attended by ASEAN foreign ministers and the bloc’s representatives, is a follow-up of last Thursday’s Senior Officials Meeting (SOM).

The AMM Retreat represents the first regional meeting hosted by Myanmar since assuming the chairmanship of the bloc on January 1 from Brunei.

As Myanmar hosts the first high-level meeting as chair of ASEAN, it said relations with China will be enhanced by its leadership of the regional bloc.

Ye Htut, deputy minister for information and spokesperson for President U Thein Sein, told reporters that Myanmar’s policy of mutual understanding with China is a strength in solving regional problems, including the territorial disputes in the South China Sea.

“I believe that we will get the trust of all parties concerned due to our traditional, independent and active foreign policy. Again, the mutual trust and good relationship between China and our country is a strength in resolving, as chairman, the regional problems,” he said.

The ASEAN nations of Vietnam, the Philippines, Brunei and Malaysia are all involved in territorial disputes with China in the South China Sea.

U Wunna Maung Lwin told reporters that Myanmar will also act fairly towards the United States, which says it does not take a position on the sovereignty disputes, but has consistently criticised Chinese moves it calls aggressive.

“Myanmar will be acting as coordinator between ASEAN and the USA until 2015.  That is why relations with the US are good and improving,” he said.

“Myanmar’s foreign policy is to have good relations with any country. Although relations got frozen at some point due to different situations and different political systems, the relationship now is very warm and good.”