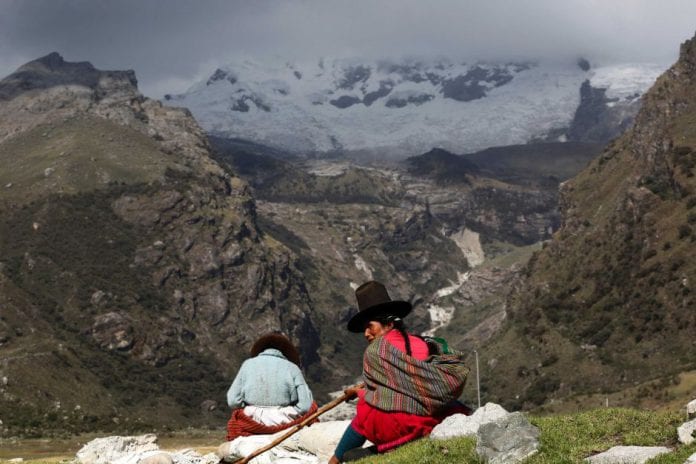 At no time has a global deal on climate change looked more likely than it does today. In October, EU leaders agreed ambitious climate and energy targets for 2030, including a binding domestic greenhouse gas emissions reduction target of at least 40%.

Our announcement injected a new momentum into the global climate negotiations.  And very recently, the US and China announced their future targets. This was encouraging news. And yet if we are going to secure a binding, meaningful global deal on climate change, the next month will be just as crucial.

On 1 December, representatives from every country in the world will gather in Lima for a crucial conference to try and lay the ground work for a global deal on climate change that world leaders have committed to agreeing in Paris this time next year.

There is no doubt that action is urgently needed to push toward the decarbonisation of the global economy and to make lasting progress on an unprecedented global challenge. The impacts of climate change are being felt on every continent, from the melting of the great glaciers of South America to the retreating sea ice of the Arctic.

Human influence on the climate is clear. In its Fifth Assessment Report, the Intergovernmental Panel on Climate Change (IPCC) showed that concentrations of carbon dioxide in the atmosphere have increased to their highest levels ever. And the longer we carry on disturbing the climate, the greater the risks we will face and the more costly it will become to adapt to the changes.

But what is also clear from the IPCC report is that our internationally agreed target of keeping global warming below 2°C remains within our grasp. And we must ensure this is reflected in bold contributions to the global climate change agreement.

The new deal must mirror the evolving national responsibilities in the world economy, as well as today's geopolitical realities and the capacity of countries to contribute. What is critical is a commitment from all countries to play their part.

This is why the summit in Lima is crucial. It will be an opportunity to put pressure on other countries, particularly the other members of the G20, to come forward with their own targets soon. The sooner they do this the more time we all have to assess if the commitments add up to what scientists tell us is required to keep global warming to below 2°C.

Countries will also discuss the methodology for evaluating the different contributions, to make sure they are fair and add up to the effort we need. Last but not least, they will discuss the important topic of climate finance to the most vulnerable countries.

UN Secretary-General Ban Ki-moon has called on world leaders to turn climate change from "the greatest collective challenge facing humankind today into the greatest opportunity for common progress towards a sustainable future." If we are to succeed in this, we must have the political courage to act decisively now, with ambition and collectively.

Federica Mogherini is the High Representative of the Union for Foreign Affairs and Security Policy/Vice-President of the European Commission, and Miguel Arias Cañete is the Commissioner for Climate Action and Energy.