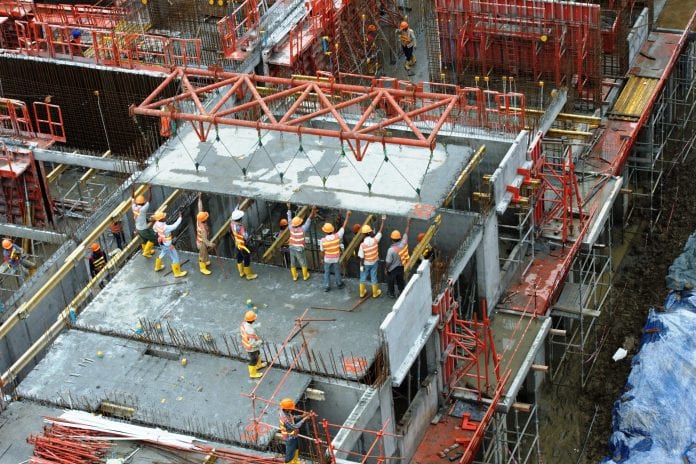 Growing demand for residential units, the urbanisation of major cities and a national drive to bridge infrastructure shortfalls, should help Myanmar’s construction sector maintain its recent track record of strong growth over the coming years.

The building industry is reaping the rewards of Myanmar’s fast-paced economic expansion, buoyed by growing international investor interest and rising business confidence. The construction sector is expected to expand at an annual rate of at least 8 percent over the next five years, according to a report produced recently by Yangon-based consultancy New Crossroads Asia, boosting overall economic growth for the current financial year, which has been estimated at 7.8 percent. The report valued the industry at $3 billion, with the residential segment accounting for half the sum.

Investment looks likely to gain momentum in the medium term, as the government increases its focus on utility and transport, while pushing forward with its affordable housing programmes. Myanmar plans a raft of major projects to support its economic development, including hydroelectric plants, road and rail networks, and new aviation hubs, all of which will require substantial foreign investment.

A rise in the cost of land, however, together with lengthy approval processes for developments, could slow the pace at which the industry develops.

Cities such as former capital, Yangon – whose skyline has barely changed since Myanmar gained independence from the UK in 1948 and boasts the largest collection of colonial architecture in Southeast Asia – now has a population of 5.5 million people. By 2040, it is expected to join the ranks of other mega cities around the world with a population of more than 10 million.

It is also experiencing a surge in residential, commercial and tourism-related construction projects. Demand for residential properties in Myanmar’s cities, combined with government programmes to increase affordable housing stocks, have led to speculators entering the marketplace, driving up project prices and presenting challenges for foreign investors.

Mark Petrovic, managing director of construction consultancy the Archetype Group, believes that building up rather than out – although not ideal – could be the best option.

“Vertical planning is the only solution to make profitable projects for developers at this stage due to the high cost of land,” Petrovic told OBG. “High-rise buildings will lead construction growth for residential and office buildings in Yangon, but will need to be done responsibly and following the rules and guidelines.”

Proposals have been put forward to expand the municipal boundaries of key urban centres, such as Yangon, which could counteract the consequences of the speculators and push down land prices.

With the decision-making process for fresh developments likely to be sluggish, concerns are rising that a move to open up new areas on the outskirts of major cities could spark a land grab.

However, the Yangon regional government announced in late September that it was suspending plans for a residential and industrial development over a 30,000-acre area to the west of the city, saying more time was needed to study the proposal and its costs.

A new economic zone – under construction outside Yangon – is attracting businesses that are benefiting from heightened activity in the construction sector. To date, 21 foreign firms have signed to operate out of Thilawa Special Economic Zone (SEZ), with the majority of interest coming from medium and light industries. Several businesses linked to the building trade, including pipe manufacturers and wood suppliers, will set up in the zone.

An increase in the number of foreign firms entering the materials and services segments of the construction industry should help ease supply bottlenecks, while also lowering costs, which have been pushed up by the rise of the dollar against the kyat.

Higher prices for imported materials due to a weaker kyat have had a knock-on effect, driving up the overall costs of Myanmar’s projects. Greater self-sufficiency in building materials will, in part, insulate the industry against currency fluctuations, while keeping more of the sector’s value-added component within the domestic economy.