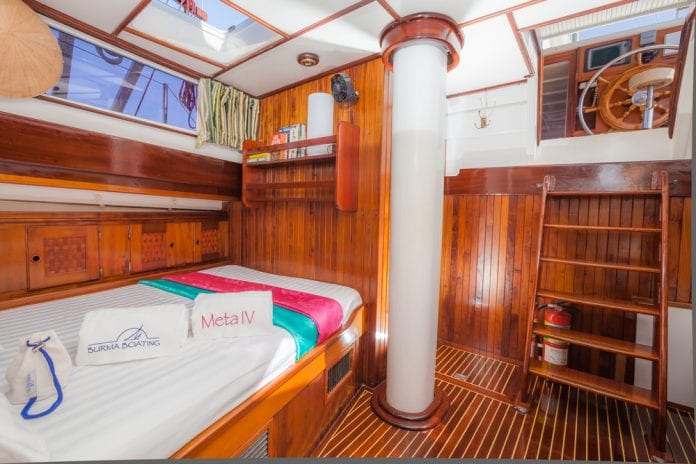 With the beginning of the coming sailing season in late October, SY Sunshine and SY Adventure will cruise the Myeik Archipelago under Burma Boating’s flag.

SY Aventure is a 95ft yacht with three double cabins. The schooner SY Sunshine (103ft) was built to the design drawn up by famous naval architect William Fife Jun.

In 1906, the original Sunshine was in the possession of the Portuguese Royal family, during which time she was called “Maris Stellis”. Sunshine has space for six guests.

The Myeik Archipelago in Myanmar’s south remains one of the planet’s most unspoilt destinations.

“Sometimes we sail for days without seeing any other yachts or tourists,” says Herbert Mayrhauser, Burma Boating’s co-founding captain.

The 800 islands only recently opened to foreign visitors.

There are no hotels and only about 2,000 foreign tourists per year, even though the area is only a three-hour drive away from Phuket, one of Asia’s tourism epicentres.

The traditional inhabitants of the Myeik Archipelago are the Moken, a people who live off, and on, the sea. Sometimes called “sea-gypsies”, this ethnic minority group leads a traditional, semi-nomadic lifestyle, dominated by diving for sea cucumbers, fishing and bartering.

Burma Boating was founded in 2013 and offers yacht charters, sailing holidays and boutique cruises on its four yachts with space for six to 12 guests.

Customers can book a cabin and join one of the weekly six-day cruises for €1,800 per person. For small groups and families, Burma Boating also offers luxury private charters, starting from €1,400 per day.