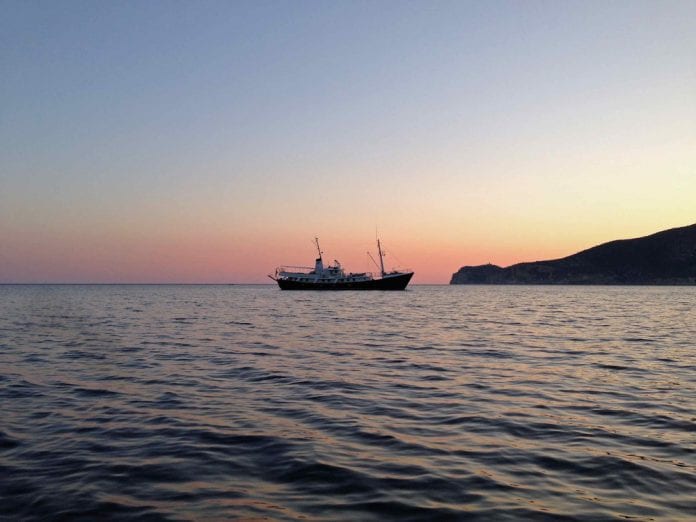 Starting in October, Drenec will be cruising Myanmar’s Mergui Archipelago and explore one of Asia’s last untouched destinations.

The 120-foot Drenec will be the largest yacht offering scheduled cruises in the archipelago which is slowly opening up to tourism.

“This is our first classic motor yacht. We will be able to offer our guests an unparalleled level of comfort,” said Captain Herbert Mayrhauser, one of the company’s founders.

Drenec was built in the Netherlands as an offshore working vessel. In 2012, it was completely refitted and upgraded in Malta with interiors designed by Sophie Bouakel-Kastelein.

Drenec sails with a maximum of 11 guests in six cabins. The yacht is currently under passage from Spain to Myanmar.

The Mergui Archipelago in Myanmar’s south remains one of the planet’s most unspoilt destinations, with 800 mostly uninhabited islands, empty white beaches and thick jungle. The indigenous people of the Mergui Archipelago are the Moken, a people who live off, and on, the sea. Sometimes called “sea-gypsies”, this ethnic minority group leads a traditional, semi-nomadic lifestyle, dominated by diving for sea cucumbers, fishing and bartering.

The area became off-limits to foreigners after Myanmar’s independence and only started opening up in the past few years. In one year, the islands see fewer than 2,500 tourists. Currently there is no hotel operating in the area.

“We believe, our yachts are the best way to explore the islands in style,” claimed Mayrhauser.

Drenec will offer two 3-night cruises per week, each with different itineraries. Both trips can be combined to a 6-night cruise. All trips depart from the city of Kawthaung, across the border from Thailand.

Rates start a $1,700 per person ($1,860), including all meals, all non-alcoholic drinks and activities such as diving and water sports.