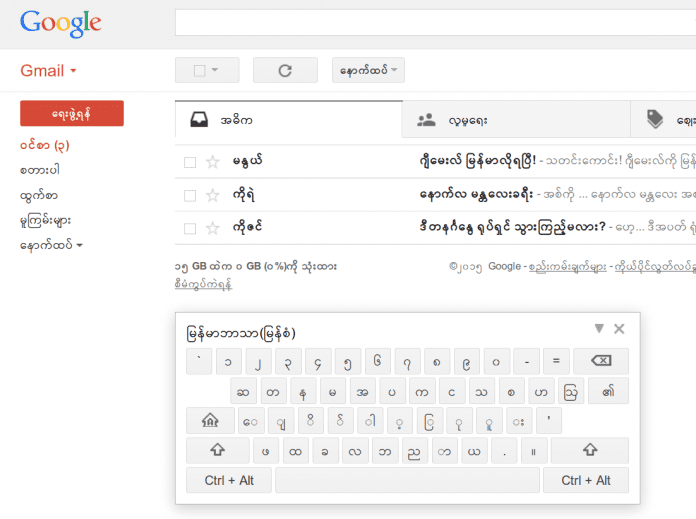 Google has released a Myanmar-language version of their Gmail service, hoping to extend its popularity in the country as internet penetration has risen fivefold in recent years.

Google spokesperson Brian Kemler said in a blog post, “Myanmar speakers embrace online tools, our team has been working hard to ensure Google is ready to support this new community in their own language.

“To capture the nuances of this language and make sure the translations were accurate, consistent and complete, we relied on an array of Myanmar speakers from within the country, and around the world.”

Gmail is the first major email client to be translated into Myanmar. Myanmar language support for computers has increased in recent years, but it still lags far behind other countries, unprecedented for a language with 33 million native speakers. Another 10 million people use Burmese as a second language, and there are also significant numbers of Myanmar speakers in Thailand, the United Kingdom and the United States.

This comes months after Google released its Google Translate service for Myanmar language, although this released version is still in its rudimentary stages.