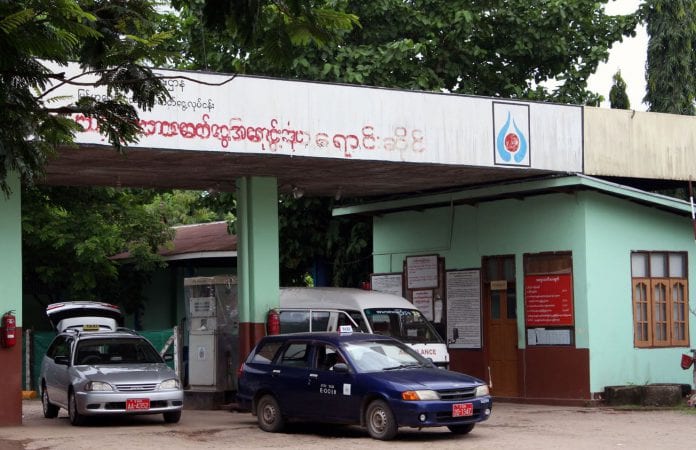 Auto regulatory committee Ma Hta Tha is to allow minibuses running from Yangon to Taikgyi and Bago to fill their tanks with more CNG (compressed natural gas) as vehicles have been running out of fuel midway due to absence CNG filling stations.

“The maximum filling allowance for CNG is 200 litres and it is insufficient. The cars run out of gas on the way as there are no CNG stations on the way to refill the tanks. So, from now we will allow operators to add 100 more litres of gas,” said U Hla Aung, chairman of Ma Hta Tha.

The distribution and retail of CNG fuel is tightly control by the government and Ma Hta Tha requires drivers of CNG-run vehicles to keep a record book that details filling volumes of the fuel.

However, the move is a stopgap measure as the main issue the government is grappling with is the complete lack of CNG filling stations outside of Yangon. Myanmar has 46 CNG stations – 41 of them are in Yangon, U Hla Win Htay, general manager of state-run Myanmar Oil and Gas Enterprise (MOGE), told Myanmar Business Today.

The increase in allowance is only for Hilux trucks that have been converted into minibuses, not for other vehicles. The Hiluxes running from Yangon to Hmaw, Taikgyi and Bago were substituted by minibuses in May 2014. There are currently 48 minibuses on the route.

“Still, [it is] good for us. In the past, buses had to stop on the way and we encountered problems with passengers. I think it will become more convenient in the future,” a driver of a minibus that plies on the route said.

“I think it will be ok. It is more convenient for buses. We will try to improve in the future,” U Hla Win said.

The other CNG stations outside of Yangon are in Yenankyaung (2) and Chauk (1) in Magwe region, and in Mandalay (2).

The number of vehicles running on CNG in Yangon is about 26,850. For the whole country the estimated figure is 30,000, according to U Hla Win Htay.