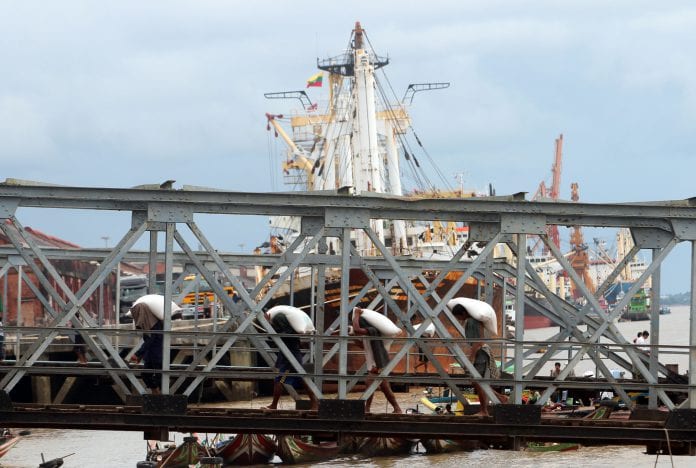 President says gifts worth more than 300,000 kyat are bribes

President U Thein Sein recently informed all ministries officially that gifts which are worth more than K300,000 ($300) would be considered to be bribes, local media reported, citing Hla Tun, a senior official from the Ministry of Livestock, Fisheries and Rural Development. The Anti-Corruption Law has already been enacted in Myanmar, but relevant rules and regulations still have to be adopted.

Over 600,000 cows and bulls are smuggled into neighbouring Thailand and China annually, causing a strong impact on the agricultural sector, which still relies on cows and water buffalos for farming despite a gradual transition into mechanisation, local media reported, citing Than Hla, advisor to Myanmar Livestock Federation.

23 out of 40 state-owned enterprises are in the red

Twenty three out of 40 state-owned enterprises in the country are in the red while the remaining 17 claim they are making profits, local media reported quoting Thurein Zaw, chairman of the Public Budget Joint-Committee of the Union Parliament. Thurein Zaw added the 17 enterprises that claim to be making profits may not make profits if they have to pay due taxes.

Rice exports to China up, but not viable

Myanmar’s rice exports to China have increased, but are not commercially viable for most exporters due to the depreciating yuan and rising transport cost, local media reported, citing Vice-Chairman Chan Tha Oo of the Border Trade Committee. Over 650,000 tonnes of rice have been exported to China so far this fiscal year, ending on March 31.

The Ministry of Rail Transport is reviewing the Memorandum of Understanding it had signed with China for the construction of a $20 billion railway project between Myanmar and China as it was “not acceptable to the people,” local media reported quoting a ministry official. Negotiations had also been underway between China and Myanmar for the construction of a highway, parallel to the proposed railway line.

The China-Myanmar Friendship Association donated $170,000 to 17 Myanmar non-governmental organisations (NGOs), seemingly a part of the Chinese move to rebuild its image in the Southeast Asian country. Geng Zhiyuan, vice president of the association, said the grant will “improve people-to-people friendship between the two countries.”

Myanmar tries to include Inwa to World Heritage list

Myanmar is trying to nominate the ancient city of Inwa to the UNESCO World Heritage list in addition to three other Pyu cities of Beikthano, Hanlin and Sri Kestra, minister for culture U Aye Myint Kyu said. Inwa was an imperial capital of successive Myanmar kingdoms from the 14th to 19th centuries and was abandoned after it was completely destroyed by a series of major earthquakes in 1839.