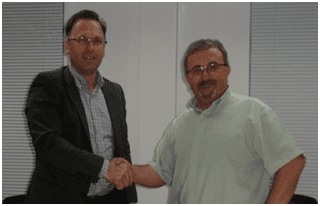 The partnership represents first such major agreement with Apollo Towers, which was selected in December last year as an official vendor to build and manage telecom towers across Myanmar by Telenor Myanmar, one of the two telecom licence winners.

Apollo Towers Chairman Sanjiv Ahuja said, “We have a unique opportunity and an extremely demanding task ahead of us in shaping the telecom landscape in Myanmar, and we believe that CAMUSAT as a partner will be equal on that task.”

The new project will push both companies to be pioneers in a country at an inflexion point of rapid telecom market growth from its current nascent stage.

“Partnership with Apollo Towers represents a significant opportunity for CAMUSAT to work in Myanmar and build its foundations in the dynamic South Asian region,” CAMUSAT Chairman Richard Thomas said.

CAMUSAT said it will “invest in local resources, train the local personnel” for improvement of the required skills and knowledge transfer to local talent.

Apollo Towers Chief Executive Francois Lorelli said, “We are satisfied with CAMUSAT’s cooperation, its worldwide expertise and experience which will be brought into the project.”