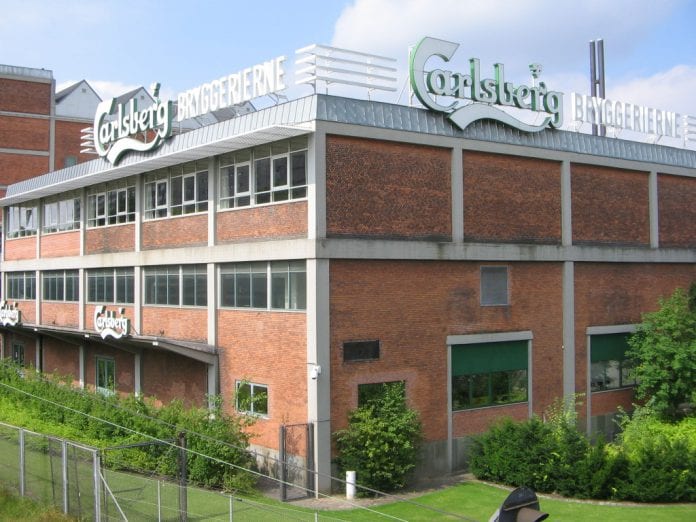 Danish beer giant Carlsberg has formed a joint-venture with Myanmar Golden Star Breweries (MGS) to build an international-standard brewery in Bago.
“We will establish the highest quality brewery, which will combine the local people’s good skill with international standards to produce and distribute Carlsberg beer in Myanmar,” said Daniel Sjogrem, managing director, Myanmar Carlsberg Co Ltd.
The factory has been established on 54 acres of land at Nyaung Inn Village in Bago Industrial Zone. It will use purified water and Bago’s high standard rice, while materials such as hops and barley will be imported from abroad.
The factory is expected to employ 3,000 employees and will be managed by the brewers from Carlsberg Group and skilled local practitioners.
“Myanmar has a population of 60 million and drinks 4 litres per person per year, making it the lowest beer drinking country in Asia. This creates good potential for a strong domestic beer market,” said U Thant Zin Tun, a board director from Myanmar Carlsberg Co Ltd.
The initial investment for the factory is $37 million, with that figure expected to increase to $50 million.
Carlsberg is the fifth largest brewery group in the world and also brews Tuborg as well as a range of local beers in Europe.
Carlsberg’s entry into Myanmar will be seen as a welcome relief for the country’s beer drinkers who, until now have been limited in their choice of beers.