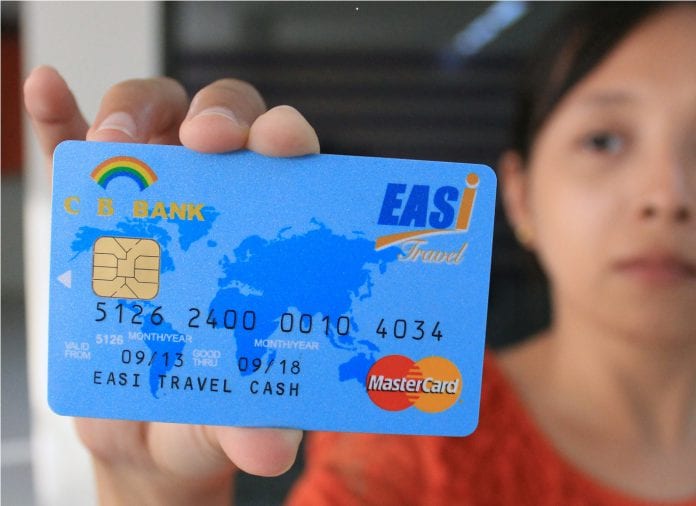 Cooperative Bank (CB) last week launched EASi Travel MasterCard, becoming the first bank to issue such a travel card in Myanmar for citizens travelling overseas.
An amount ranging from $50 to $5,000 can be preloaded in the card and used outside Myanmar, the bank said.
“The launch of electronic payment systems for Myanmar citizens in a short period of time by CB Bank will be available to travellers who visit foreign countries,” U Myint Swe, chief minister for Yangon region, said at the launching event.
He said the deal between CB Bank and MasterCard will strengthen the finance and banking industry of Myanmar.
Kyaw Lynn, executive vice chairman and chief executive of CB Bank, said, “Just as our country is opening up to the world, at the same time, the world is opening up to us and we’re seeing more and more locals travel abroad.
This will make “their travels safe and hassle-free without the worries of carrying large amounts of cash,” he said.
According to the MasterCard survey of Consumer Purchasing Priorities, nearly two-thirds of Myanmar people who have travelled abroad intend to do so again within the next 12 months, making the introduction of a prepaid travel card timely for the market, it said in a statement.
US payment network giant MasterCard launched its services in Myanmar in November last year, making it the first international electronic payment card in the country. Privately-held CB Bank was the first authorised bank to offer services with the card.
Tourist and business travellers with MasterCard, Maestro or Cirrus cards can now withdraw money in local currency, kyat, at 36 CB Bank ATMs across the country.
MasterCard’s American rival Visa Inc followed suit in December last year, while China’s largest payment network China Union Pay (CUP) and Japan Credit Bureau (JCB) launched their services in February and September respectively.
The introduction of the four international payment cards followed the introduction of Myanmar Payment Union (MPU), a payment network comprising 17 domestic banks, in September 2011. MPU debit card was introduced for services domestically in September last year.
Myanmar is also aiming to introduce MPU card for use in foreign countries in 2014 in a bid to facilitate Myanmar citizens travelling abroad.