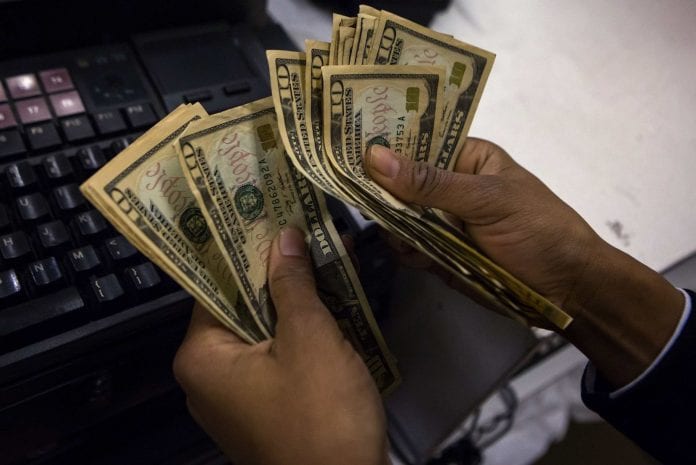 The Central Bank of Myanmar (CBM) has issued a directive dictating worn and stained US dollar notes are eligible to be accepted at all banks, according to a top official from CBM.

CBM is also working together with corresponding banks from other countries to prevent the devaluation of worn or stained dollar notes, deputy governor U Set Aung said.

CBM has ordered state-run and private banks to accept all US dollar notes unless they are severely damaged, Dr Set Aung said told a lower house session of the parliament.

“US dollar notes that are old, have seals, stamps, signatures, ink stains or spots, and those that are creased or slightly torn are to be accepted by state-run and private banks provided that they are easily identifiable as authentic or not,” he said.

Myanmar banks and money changers for long have maintained an oddity: US dollar bills must be 2006 or later bills that have colour and are in absolutely perfect condition: no folds, stamps, stains, writing marks or tears.

However, while speaking to reporters on the sidelines of a press conference, Dr Set Aung implied that the lower house forced the CBM in issuing the directive. “Many in our country don’t have adequate knowledge regarding finances and there are some misplaced controls over unnecessary issues. Commercial activities of the banks should not be forcibly controlled. For example, the banks are being forced to accept stained dollar notes but the issue will be sorted out eventually by the competition between banks that accept all notes and banks that don’t,” he said.

“We haven’t received any specific directives. As for US dollars, we trade the notes which can be submitted to CBM and are accepted in the general market, but we don’t take notes with ink stains,” U Nay Win Maung, assistant director form United Amara Bank told Myanmar Business Today.

CBM started issuing foreign exchange licences to state-run and private banks in 2012 in what they said is a move to improve the foreign currency management in the banking sector.