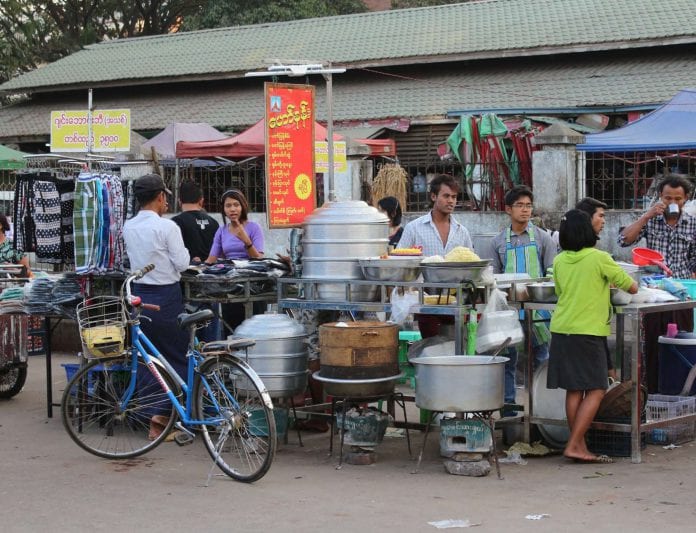 Inflation rate may go up due to the recent hike in civil servants’ salaries and the government should attempt to rein in on prices of daily necessities, Daw Khin Saw Oo, deputy chairman of Central Bank of Myanmar, said at a public council meeting.

Finance Minister U Win Shein announced the increase in salaries of government employees last month, saying that the rise is aimed at raising the standard of living of about 1.5 million government staff. The new pay scale took effect on April 1, the first day of the new fiscal year 2015-16.

Daw Khin Saw Oo said the government has to change its current monetary policy and control interest rates to stem the drastic fall of Kyat. In April last year, Kyat hovered around 960 for a dollar while now the exchange rate is about 1070 – down more than 11 percent in one year.

According to the Asian Development Bank, Myanmar’s current inflation of 6 percent is likely to increase to 8.4 percent this fiscal year due to high growth and higher wages.

Deputy Minister for Commerce Dr Pwint Hsan said at the meeting that the Department of Trade will try to control the speculative rise in prices of goods, while the Yangon City Development Committee (YCDC) and other respective departments are also planning to rein in on price hikes.

Increased demand for products and hence the associated price rise will damage the national economy and the government has to cut down unnecessary expenses and expand its tax base to control the situation, deputy minister for finance Dr Maung Aung told the meeting.