Central Bank sells $2.5 million for the fifth time in August 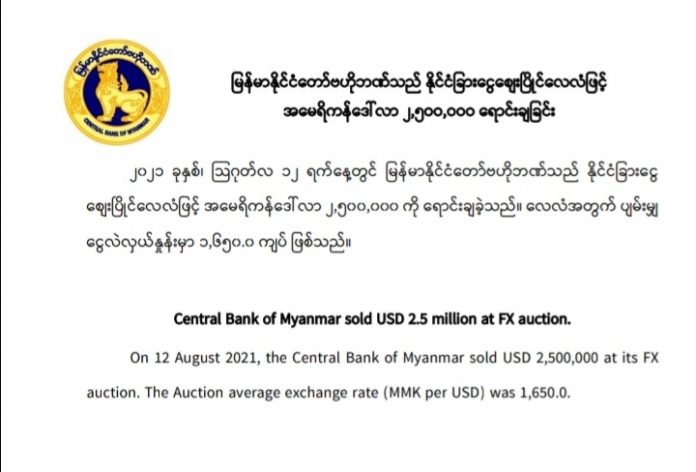 The Central Bank of Myanmar sold $2.5 million on August 12, which is the fifth time it auctioned dollars in the first two weeks of August.

With this auction, the total amount of dollars, that the Central Bank of Myanmar has sold, now totals $13 million in August alone. The auction average exchange rate was K1650 per dollar on August 12 compared to K1647 on August 2.

The exchange rate on August 12 in the domestic exchange market is K1,720 per dollar, which is also strong in the international market in the last few days. This is the second time that the dollar rate against Myanmar Kyat reached over K1,700 within six months after the coup compared to K1,355 per dollar before the coup in January.

The Central Bank is also trying to intervene to bring down the dollar rate aginst Myanmar Kyat by selling millions of dollars into the domestic market. In July alone, it auctioned $39 million.