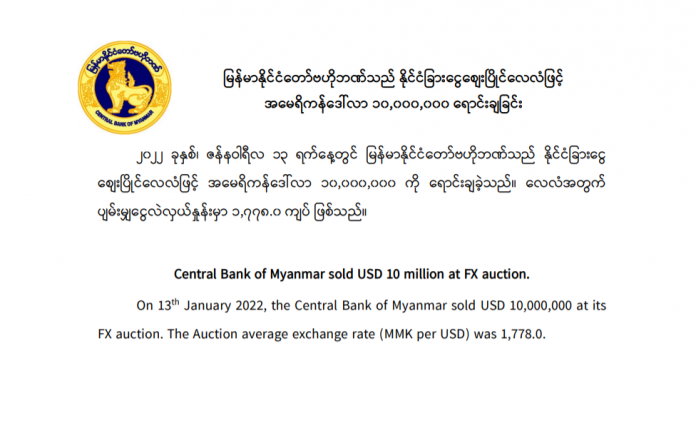 The Central Bank of Myanmar sold $10 million on January 13 at the rate of MMK1,778 per dollar.

This is the third time that the Central Bank of Myanmar sells millions of dollars in January alone. The first time was $15 million sold on January 7 and another $15 million on January 12.

The Central Bank of Myanmar has been pumping millions of dollars into the domestic market since last year as the dollar exchange rate against Myanmar Kyats skyrocketed reaching over MMK2,000 per dollar.

Then on November 9 in 2021, the Central Bank of Myanmar tightened the dollar exchange rate to between 0.5% of its reference rate. Afterward, the dollar rate against Myanmar Kyat eased to MMK 1,778 per dollar and remains around MMK 1,800.