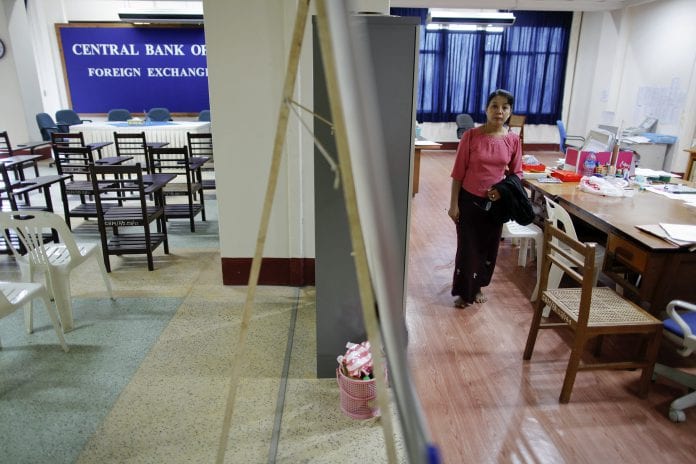 The Central Bank of Myanmar (CBM) is yet to submit its financial reports for the 2014-15 fiscal year to the parliament, a Central Bank official said.

According to Chapter 5, Section 37 of CBM Law, the Central Bank is required to submit two “Monetary Reports” and one “Financial Stability Report” each year to the parliament, followed by the publication of the data in its website.

However, a Central Bank official told the current parliament session that the bank has not submitted any of those reports because “accurate statistics and data are not yet available,” from private banks and other financial institutions.

“We [Central Bank] are required to develop reports regarding the implementation and development of financial policy and budget of the country. But the report is still in development,” Daw Khin Saw Oo, deputy governor of CBM, said.

She added that the reports are expected to be submitted during the current session of the parliament, which will finish just before the elections in November this year.

However, local banks said they have done their part of submitting financial data and reports to the Central Bank.

“Private banks regularly submit monthly and annual data. We have finished our duty and the rest is up to the Central Bank,” he said.

The last two Monetary Reports were submitted to the parliament in November 2013 and March 2014. Economic development, financial situation, foreign trade, monetary indicators such as inflation, savings, loans, exchange rate, and foreign funds are typically included in the report.

The analysis of financial system stability, financial development, improvement of the payment and declaration system, improvement in scrutinising and supervision are included in the Financial Stability Report.