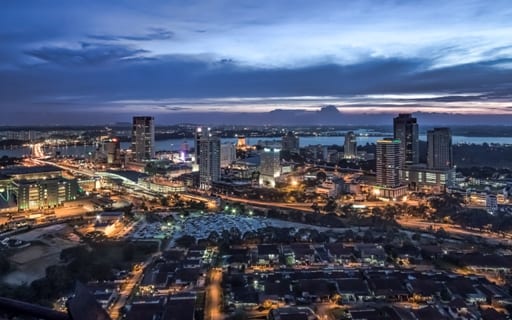 The decision to change weekends to Fridays and Saturdays in the southern Malaysian state of Johor has been met with a mixed reaction in the region’s business community.

Last week, it was announced that starting from January 1, 2014, in Johor – which borders Singapore to the south – government departments would work on Sundays instead of Friday in order to allow Muslims to have more time for their Friday prayers and also to encourage families to include their children in the Friday prayer service.

However, it was revealed that private sector companies have the choice of either following the Friday-Saturday weekend, or continuing to observe the more traditional Saturday-Sunday weekend.

Johor Bahru Chinese Chamber of Commerce and Industry president Loh Liam Hiang said export-oriented and trade companies would suffer issues, even if they chose to stick with the Saturday-Sunday weekend.

“In the event that the private sector continues to observe Saturday and Sunday as the weekend, there will be another problem. They will only have four days per week to go to government departments and agencies, which will close on Friday starting next year,” he told New Straits Times.

“Export-oriented industries and trading companies may have to make some adjustments in order to get minimal negative impact from the change in rest days,” he said, although without adding what those adjustments would be.

Meanwhile, businesspeople in neighbouring Singapore that have interests in the region, have criticised the decision. Ho Meng Kit, CEO of Singapore Business Federation (SBG), whose members have business interests in its neighbour, said the move could make Johor less attractive as an investment destination.

“The move will make conducting business more inefficient. For example, if you have a Singapore company with a Johor subsidiary, there will only be four working days. If you are going to transfer goods and services between the headquarters and the subsidiary, you could only do it on four days,” he said.

One Singaporean businessman, Frederick Chong, who operates a real estate business in Singapore with businesses in Johor, agreed that it would be a problem.

“This is a waste of three days. Things may be different if Singapore also follows Johor on the new rest days, but this is impossible.”

Another Singapore-based entrepreneur, CY Ching, a handphone dealer who operates two branches in Singapore, said that might need to force some of his workers in Singapore to work overtime on Sunday in order to liaise with branches in Johor which would drive up his costs.

However, authorities from Johor argued that the move would not have a big impact on the economy and that in areas of tourism, could lead to positive effects.

“Johor Bahru is already a 24/7 city, meaning that most businesses operate almost 24 hours a day in shifts and seven days a week. The change in rest days is not much of a downside. More importantly, it will not lead to a loss in business,” said Iskander Malaysia Chamber of Commerce and Industry adviser Tan Sri Shahrir Samad.

“The bulk of tourists to Johor are from Singapore and other neighbouring countries, who usually visit during the weekends. With the state’s weekly off days changed to Friday and Saturday, these foreign tourists need not crowd into our theme parks and shopping malls with the locals,” said Malaysian Tour Guides Council President Jimmy Leong.

Former Malaysia Prime Minister Dr Mahathir Mohamed, who ruled the country from 1981 to 2003, had tried to establish a standard weekend for the country, but was unsuccessful. He wrote about his attempts in his memoirs A Doctor in the House, which was published in 2011.

“I prefer a Sunday weekend because working while nobody else is in their office in the rest of today’s globalised world is inconvenient and unproductive,” he wrote.

He added that a Sunday weekend is generally practised due to the religious connotations in Christianity and Judaism to observe the Sabbath on that day, but in Islam’s holy book, the Quran, there is no aspect of having to rest on Fridays.

“Choosing Friday as a day of rest was a decision made by people who wanted to emphasise the difference between Islam and Christianity,” he said.