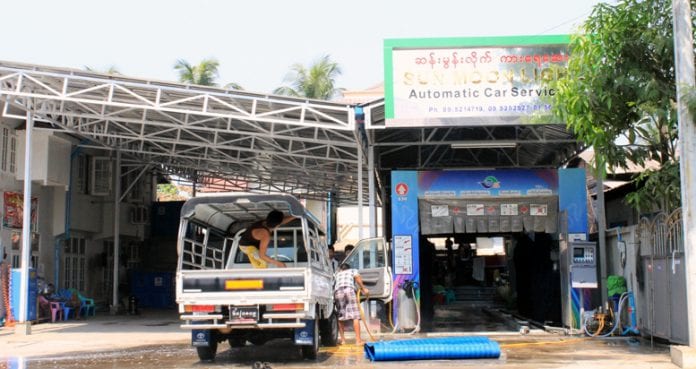 Decades of isolation left Myanmar’s roads filled with automobiles in extremely poor condition. In an effort to replace old cars, the government updated its vehicle exchange program, which allows car owners that meet specific requirements to trade in their vehicle for permission to import a new one.

Since President U Thein Sein came to power in 2011, the government’s easing of restrictions on imported goods has seen foreign car brands spread throughout the country’s automotive sector.

Under the new government policy, cars that are 10 years old and in poor condition now qualify for the exchange program. Before the policy change, vehicles had to be at least 20 years old to be traded into for car dealers to receive an import permission slip.

After changing the vehicle import policy, the government granted more licences to the country’s factories to produce cars, in the hopes of increasing demand for local vehicle manufacturing.

But local car manufacturers are worried the increasing spread of world brands will continue to undermine the marketability of local producers.

Factory owners say local automobile factories are about to shut down.

“Now, I’ve stopped automobile businesses. I don’t want to say anything about the government’s policy and I don’t even want to hear about automobile business,” said Arr Mann Thit, former owner of a car factory which produced light truck vehicles.

Inland Transport Administration Department Assistant Director U Moe Myint said the automotive industry needs more information from the government regarding what cars can be swapped with manufacturers.

“There should be specific instructions about the year, models and ownership periods effected by the changes,” he said.