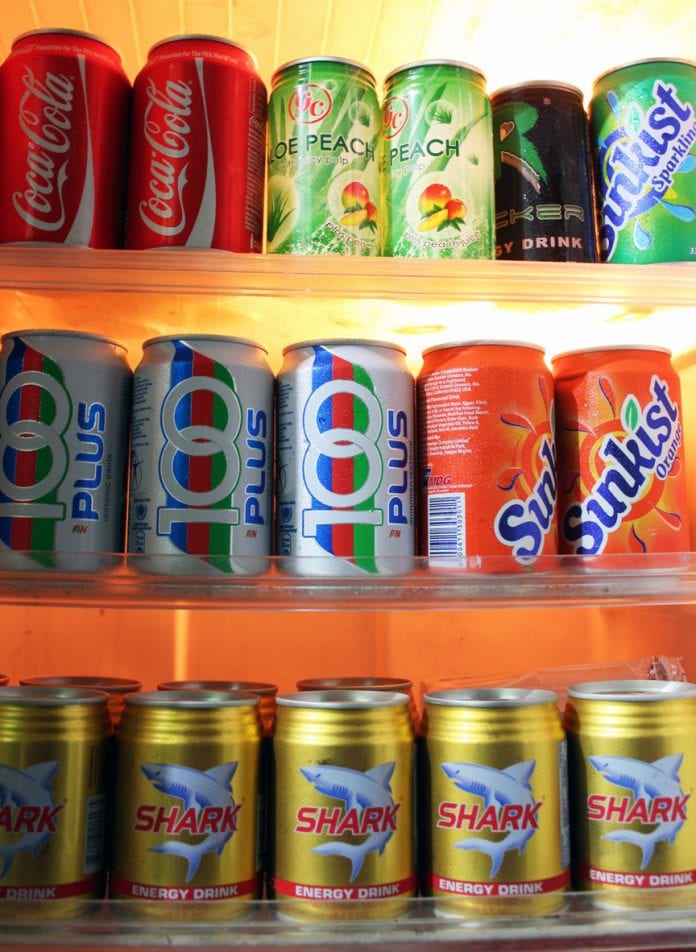 Thaw Zin, a 28-year-old Yangon resident and engineer at a network service provider, goes to a fitness centre close to his house in Thingangyun township four times a week. While running on a treadmill in the gym, his beverage of choice is 100 Plus, an isotonic sports drink that not only quenches his thirst but also supplements lost salts and electrolytes in his body.

Amid the recent market expansion in Myanmar, particularly in the beverage market, consumer behaviour is changing, especially among youths. Young consumers in Myanmar today tend to select their beverage depending on needs and occasions, unlike in the past when there were fewer choices on the market. There is increasing segmentation and differentiation in the market now; consumers today can choose from carbonated drinks, flavoured juice, sports drinks, among others, for various purposes.

Myanmar’s beverage market has changed dramatically in the last couple of years due to an influx of foreign brands and products. Market demand is growing at an increasing pace and competition between local and foreign brands is fierce. In association with growing purchasing power, Myanmar consumers are increasingly demanding healthier, higher quality products and more choices.

Myanmar’s beverage market size reached about $100 million in 2013, according to several statistics and researches. Local companies like Loi Hein, Myanmar Golden Star, Pinya Manufacturing and Happy Soft Drink are competing with other global brands like Coca-Cola and Pepsi. Local brands still maintain their strong share of the market and competitive advantages across the country, while global brands are proliferating in area dominant influence (ADI) markets in big cities such as Yangon, Naypyitaw and Mandalay. There are hundreds of brands and products in the market as well – 100 Plus, Blue Mountain, Crusher, Coca Cola, Pepsi, Star Cola, among others.

These products are selling in 150,000 retail stores across the country. Recent partnerships through joint ventures, like those between local brand Loi Hein with Japan’s Asahi, and Myanmar Golden Star (MGS) with Lotte Chilsung of South Korea, are accelerating beverage market expansion in Myanmar.

In the past, due to a lack of products, distribution channels and infrastructure, supply of commodities like beverage were insufficient to meet market demand. Today, there are many brands vying for the consumer’s attention and wallet. Some CityMart outlets have been stocking Snapple, G, G2, Perrier, Dr Pepper, Pocari Sweat – American, European as well as Asian brands along with locally bottled Coca-Cola and Pepsi.

Contemporary Myanmar consumers are also changing from being general consumers to “prosumers”. In a commercial environment, it describes a market segment between professional and consumer. The term was coined by Alvin Toffler in 1980. Loosely, Toffler’s “proactive consumer” or “prosumers” were common consumers who were predicted to each become active to help personally improve or design the goods and services of the marketplace, transforming it and their roles as consumers.

Based on a recent research, average spending per basket by shoppers in CityMart is $20-$80 and this is expected to double in the next three years. Myanmar’s prosumers are also consuming less carbonated drinks, which are thought to be detrimental to health, and pursuing nutritionally-enriched and healthier beverage choices.

Marketing activities are increasing in frequency and magnitude, particularly aggressive marketing campaigns of Coca-Cola. 100 Plus signed an official partnership with the Myanmar National League and sponsored the 27th SEA Games as well as the recent Music Run, while Coca-Cola displayed a back lighted advertising billboard in the Yangon International Airport as well as a landmark LED sign outside the iconic Hotel Yangon.

Regardless of fierce competition in the market, the door to the market is open as consumer behaviour is set to change by the day. Companies must act fast to capture the hearts and minds to expand their footprints in this nascent market.

John Jun is Marketing Consultant for Mileage Communications in Myanmar. He can be reached at johnmm@mileagecommunications.com.