Food, clothing, and shelter are the basic necessities that humans need access to. Helping people meet their need for shelter is one of the mandates of the Construction, Housing, and Infrastructure Development Bank (CHID). We recently sat down with the bank’s chief policy officer, U Win Zaw, to discuss how CHID is addressing the housing needs of Myanmar people.

When asked about the establishment of the bank, he said, “We started this bank in January 2014. The government, through the Ministry of Construction, has been developing housing for people for around three decades but was unable to meet the [rising] housing demand. It commenced the Ministry of Construction to explore ways to satisfy the demand and enable people to own a home. They came up with the answer that the country needs to create a bank to facilitate loans granting to people like in Singapore, Japan or Korea. The bank was born with the government holding a 40 percent share.”

The remaining 60 percent of CHID’s capital was provided by businessmen from various sectors, most of the construction experts.

In addition to developing housing, the CHID Bank is working on infrastructure development projects including roads, schools, clinics, and parks.

The first project CHID got involved in as a loan provider was a housing development in Shwe Lin Ban Industrial Zone, developed by the Department of Urban and Housing Development under the Ministry of Construction.

When it was announced that people could apply to buy affordable apartments on an installment plan, thousands of people bought application forms but only 700-800 showed up to submit an application. On examining the applications, the bank found that only 300 people were able to put up the required 30 percent down payment. Ultimately, only 200 people were able to make the down payment and pay the remainder under a 10-year installment plan. It’s safe to say CHID’s first foray into housing sale was not a huge success.

In 2016, the bank launched a new product that enables customers who maintain house savings accounts with CHID to buy apartments once their savings reach 30 percent of the down payment. Currently, over 60,000 people have opened house saving accounts with CHID, with about half now eligible to buy an apartment. 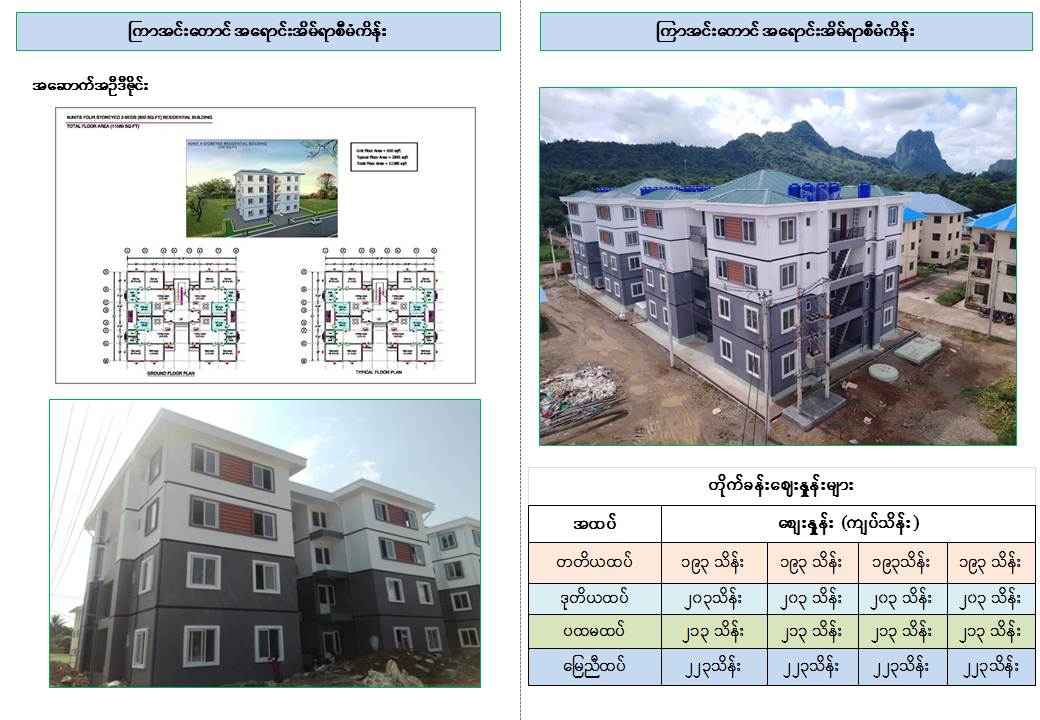 The bank has sold apartments to 5,400 people under its home loan program, for which it has set aside approximately K50 billion.

“If we have more apartments to sell, we will definitely sell more. We are also looking into providing home loans to buyers of private housing developments in addition to other development projects by the Ministry of Construction,” added U Win Zaw.