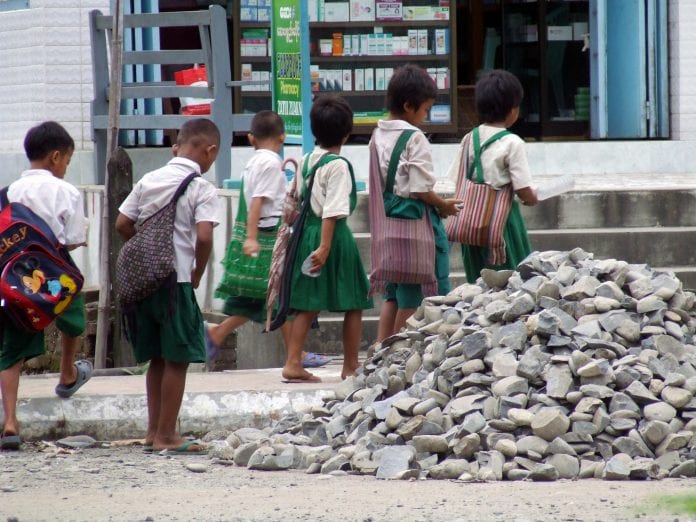 Bertrand Bainvel, UNICEF representative to Myanmar, said, “This project will not only fulfill the requirements for regional development but also for sufficient food stocks, education and good healthcare systems.”

Children in Chin are more likely to be underweight and stunted than their peers living in other parts of Myanmar. Only six percent of children in Chin are delivered in a health facility, compared with 36.2 percent in Myanmar on average, according to UNICEF.

Chin state is the poorest state in Myanmar and locals are struggling to get proper healthcare, education and employment, according to the state prime minister U Hong Zai.

“INGOs and NGOs are facing with transportation difficulties when trying to provide aid to Chin state. Although the state has many attractive places for tourists, they are not be able to come. The worst part is young people not having employment opportunities.”

According to U Van Htoung, minister for agriculture and animal husbandry of Chin state, said poverty rate of the state is 73 percent, more than double the nationwide rate of 37 percent.

There are nine cities in Chin state with over 470,000 residents. Many of them are migrating to other states and divisions for better employment opportunities.

UNICEF and MIID have recently shared the methodological guidelines of LSP and Chin state experiences with the Ministry of National Planning and Economic Development.

“The development of the Local Social Plan is a methodology that we hope can be replicated in other States and Regions in Myanmar,” said Joern Kristensen, executive director of MIDD.