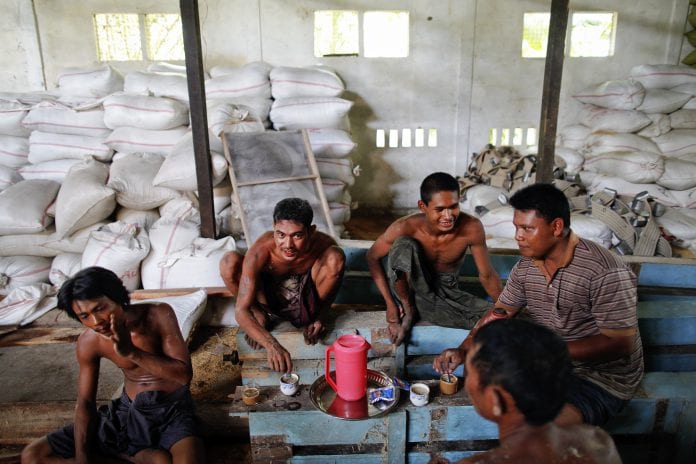 Although Myanmar has signed a deal with China to export rice shipments cannot be delivered until the end of 2014, according to Myanmar Rice Federation (MRF).

“We have signed an agreement with China to export rice officially but there are still some points left to clear and we can start exporting in the next three or four months,” said U Ye Min Aung, secretary general of MRF.

Even before the signing, China was the biggest destination for Myanmar rice exports and the official agreement is expected to push up the amount of rice exports to China to a level higher than in previous years.

“Myanmar has enough rice to meet Chinese demand. In the past, we had to struggle to produce 100,000 tonnes of rice but now after modern dams have been constructed, we can export 200,000 tonnes easily,” the secretary general said.

Despite the signing, tax rates and quality standards are still left to be agreed upon and therefore rice trade is temporarily suspended.

This has resulted in piles of 200,000 rice bags stuck at the Muse border crossing, the busiest overland trade channel with China.