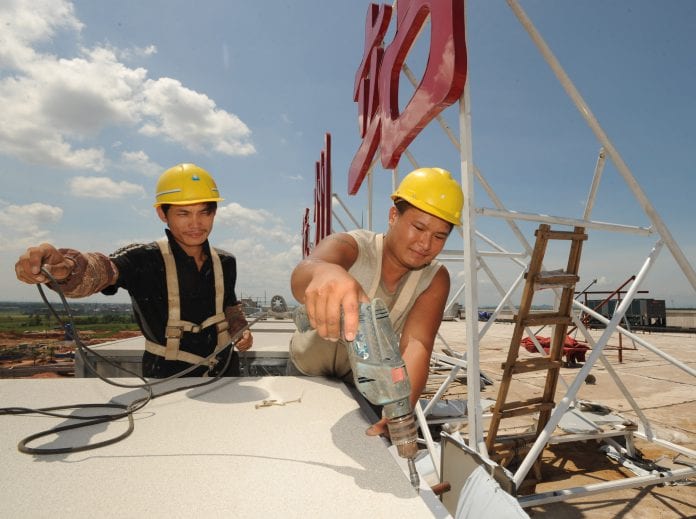 China’s foreign direct investment inflows rose 5.8 percent in the first 10 months of 2013 from a year ago, extending gains since March and underlining a reviving appetite from global investors as the world’s second-largest economy gained traction.
The Commerce Ministry said on Tuesday last week that China drew $97 billion in foreign direct investment between January and October, with October’s inflow up 1.2 percent on year earlier at $8.4 billion.
FDI from the top 10 Asian economies, including Hong Kong, Japan and Singapore, rose 7.2 percent to $83.6 billion for the ten months.
“We can see that foreign investment from Asian countries, the European Union and the US all kept relatively fast growth in the first 10 months,” Commerce Ministry spokesman Shen Danyang told a regular monthly briefing.
Investment from the European Union rose 22.3 percent year-on-year in the first 10 months, while inflows from the United States rose 12.4 percent.
FDI is an important gauge of the health of the external economy, to which China’s vast factory sector is oriented, but it is a small contributor to overall capital flows compared with exports, which were worth about $2 trillion in 2012.
FDI inflows in China have maintained steady growth every year since the country joined the World Trade Organisation in 2001. Inflows reached a record high of $116 billion in 2011 before dipping slightly to $111.7 billion in 2012.
The ministry has said the annual FDI amount in 2013 would remain at a similar level to that in 2012.
Foreign investment in China’s service sector rose 13.9 percent to $49.8 billion, while inflows into manufacturing industries dropped 5.3 percent to $38.3 billion.
China’s outbound direct investment from non-financial firms between January and October totalled $69.5 billion, up 20 percent from a year earlier.
The ministry said about 90 percent of the total outbound investment went to five industries: commercial services, mining, wholesale and retail, manufacturing and construction.
China’s outward investment in the real estate sector rose 95 percent to $1.7 billion, while investment outflows into construction surged 426 percent during the same period to $5.1 billion.
Despite steady growth in investment, the spokesman sounded a cautious tone on the export outlook, citing unfavourable factors such as uncertain demand, rising wage and environmental costs, fast yuan appreciation and fierce competition.
“China’s exports will continue to face difficulties from many aspects for the rest of the year and as well as in the relatively longer time frame,” Shen said.
But he added that it is “not completely impossible” to achieve the government’s 8 percent annual target for trade growth this year.              Reuters