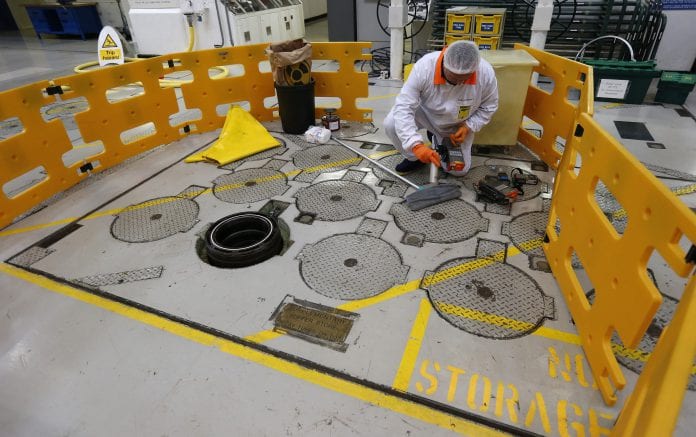 China’s investment in Britain’s £16 billion Hinkley Point project is its first foray into Europe’s nuclear power market and a marker of its global ambitions, but its firms will depend on foreign partners if they are to fulfil them.

China has the world’s largest nuclear building programme at home and hopes to leverage this into a nuclear export industry.

While China has already built reactors for its ally Pakistan, Hinkley Point is its first nuclear project in a developed country, and Beijing hopes the UK credentials will help promote its two nuclear giants on the global stage.

But industry analysts say gaps in the Chinese supply chain, fears of political interference and inexperience in the economics of nuclear power mean the firms will struggle to go it alone.

“They are very ambitious, but whether they will be welcomed overseas is another question,” said Li Ning, a nuclear power specialist and dean of the School of Energy Research at China’s Xiamen University.

In Britain, for example, political discussions behind closed doors about Chinese nuclear involvement concluded the public would not accept Chinese companies owning majority stakes in new plants and that initial participation should be capped at 49 percent, a source familiar with the discussions said.

China’s massive domestic nuclear new-build programme is one of the few bright spots in the global nuclear industry following the 2011 Fukushima disaster, which prompted several countries including Japan, Germany, Switzerland, Italy and Belgium to close or phase out their nuclear programmes.

After a post-Fukushima suspension lasting a year and a half, Beijing restarted its programme late in 2012 and aims to bring capacity up from 12.57 gigawatts now to 58 GW by the end of 2020. Nearly 30 GW of new capacity is under construction in China, more than 40 percent of the world’s total new-build.

After Fukushima, “history has given China an opportunity to overtake the world’s nuclear energy and nuclear technology powers”, Zhang Guobao, China’s former top energy official and a tireless advocate of nuclear energy, told a September meeting of nuclear scientists, according to state media.

China plans to bid for projects in Argentina and Turkey.

But its domestic experience won’t necessarily translate well overseas, said Arnaud Lefevre, head of French nuclear consultancy Dynatom International, which has been involved in the nuclear business in China.

“All the business of nuclear power plants in China is controlled by state-owned enterprises which are set up to produce power plants, not profits,” he said.

“They have no clue about international business. They have absolutely no clue how to make profit in nuclear,” he added.

Li of Xiamen University said the firms would struggle to find any immediate economic rationale for their involvement in Hinkley Point, but they would look at it as a marketing tool.

“It is the first mature nuclear market for China to work in, and it could help in other regions,” he said.

CNNC and CGN will both be involved in Hinkley Point, but getting the two sides to collaborate has proved difficult. Recent government efforts to get them to join forces on a single Chinese reactor design have so far been fruitless.

“The government intentionally put them in competition for markets, so obviously there will be a certain amount of hostility between the two sides,” said Li, adding that on international markets this might put China at a disadvantage.

CGN is the longtime partner of EDF, which is helping it build two Areva-designed EPR reactors in southern China, and specialists were surprised to see CNNC pop up as a partner in Hinkley Point.

CNNC has teamed up with US-based Westinghouse, owned by Japan’s Toshiba, which will see the world’s first AP1000 reactor model go into operation in China next year.

Even if they succeed in winning bids for new reactors, China’s firms might struggle to secure supplies of nuclear fuel. While CNNC has its own supplies and processing capacity, CGN will still have to collaborate with the French.

“Everybody sells nuclear power plants with 20 years of fuel included in the contract,” said Lefevre. “CGN cannot do this.”

Li said all this meant that China was unlikely to risk going it alone in the foreseeable future.