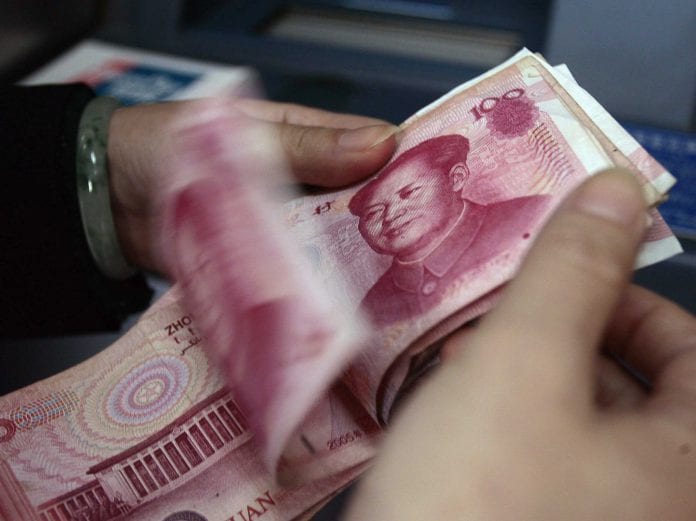 China needs to sustain economic growth of 7.2 percent to ensure a stable job market, Premier Li Keqiang said as he warned the government against further expanding already loose money policies.
In one of the few occasions when a top official has specified the minimum level of growth needed for employment, Li said calculations show China’s economy must grow 7.2 percent annually to create 10 million jobs a year.
That would cap the urban unemployment rate at around 4 percent, he said.
“We want to stabilise economic growth because we need to guarantee employment essentially,” Li was quoted by the Workers’ Daily as saying last week. His remarks were made at a union meeting three weeks ago but were only published in full last week, just days before a pivotal Communist Party plenum to set policy opens.
Yet even as authorities keep an eye on growth, Li sounded a warning on easy credit supply, which he said had topped 100 trillion yuan ($16.4 trillion) in the world’s second-biggest economy.
“Our outstanding M2 money supply has at the end of March exceeded 100 trillion yuan, and that is already twice the size of our gross domestic product (GDP),” Li was quoted as saying.
“In other words, there is already a lot of money in the ‘pool’; to print more money may lead to inflation.”
His comments echoed the government’s hawkish stance on inflation, analysts said, and were separately affirmed last week by the central bank, which promised to keep policy prudent with appropriate fine-tuning as well as to “resolutely repress” property speculation.
Still, Li’s remarks underscore the fine line China must walk to create economic growth and jobs for social stability, while guarding against excesses that may hurt itself in the long run.
China’s authorities have criticised the country’s $8.5-trillion economy – powered by heavy reliance on exports and investment – as unstable and on an unsustainable growth path.
To retool the economy, its new leaders have signalled they are willing to tolerate slower expansion in exchange for cleaner growth led by consumption.
Buffeted by sluggish export sales and in part on the government’s deliberate attempt to slow activity, China’s economy is sagging towards its slackest pace of expansion in 23 years this year, at 7.5 percent.
In its third-quarter monetary policy report, the People’s Bank of China (PBOC) said China’s economy faces a challenging future and that inflation, although stable right now, may rise in the fourth quarter.
“The foundation for stable consumer prices is not solid,” the central bank said. “Annual consumer inflation may rise in the fourth quarter.”
It said a marked rise in house prices, especially in China’s biggest cities, may have also lifted rents, other related costs, and ultimately overall price levels.
Li reiterated that a 7.5 percent growth target for 2013 remains intact, but noted that weak exports were a risk.
Exports can directly create about 30 million jobs and add another 70 million jobs in other related industries, Li said.
For every percentage point that China generates in economic growth, it creates 1.3 million to 1.5 million jobs, Li said.
“We are not seeking high-speed growth, and definitely not seeking only GDP growth. But a reasonable speed in growth is needed, and so we have ensured a reasonable range in economic expansion,” he said.
China’s urban jobless rate eased to 4 percent at the end of September from 4.1 percent three months earlier. It is the country’s only official unemployment indicator, but analysts say it grossly underestimates the true level of unemployment as it excludes about 260 million migrant workers from its surveys.
Li did not say that 7.2 percent in annual economic growth was the minimum the government would tolerate, but analysts have always believed that China’s leaders considered growth between 7 percent and 7.5 percent to be reasonable.
On inflation risks, however, Li was clear.
“If we loosen credit, if we expand the fiscal deficit, that would be like an old saying where one carries firewood to extinguish a fire,” Li was quoted as saying.
“And this is why we choose to persevere with stable fiscal and monetary policies.”         Reuters