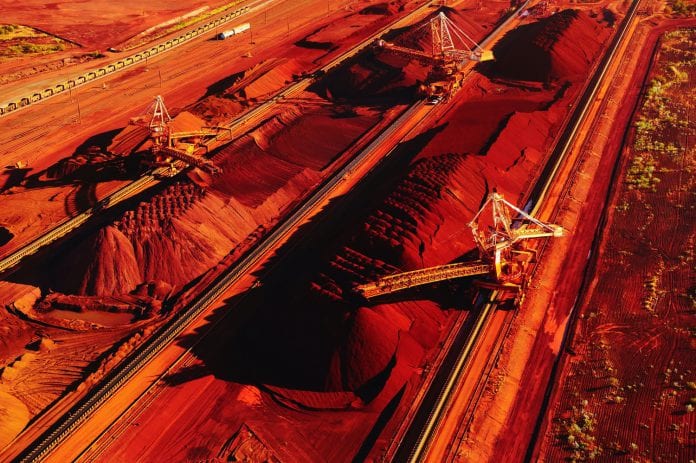 China’s planned economic and social reforms should have the effect of extending the decade-long boom in demand for commodities, while at the same time making that demand more price sensitive.
While the 60-point reform plan still needs to be fleshed out, initial indications are that the appetite for resources by the world’s biggest commodity buyer is far from finished.
From a longer-term perspective the most important parts of the plan include lifting the restrictions on rural migration to smaller cities and easing them for medium-sized cities.
This alone should ensure that China’s demand for iron ore, copper and other base metals remains robust as housing and infrastructure is created across the country to cater for rising urbanisation.
Much of this activity will also fly beneath the radar, as it will take place away from the mega-cities such as Beijing and Shanghai, but this doesn’t mean the commodity demand will be any less real.
Although not one of the 60 points of the Communist Party plan, the overall effect is clearly aimed at raising the income levels for millions of people and moving them into a consumer-led society.
This has positive implications for overall commodity demand through increased buying of motor vehicles and white goods, but also for agricultural imports, particularly soybeans, as people move up the protein chain.
Increased consumption of animal proteins means a boost in demand for soybean meal used as feed for most livestock.
China’s output of soybeans has also been largely stagnant for the past 15 years as the nation concentrated on increasing production of grains like wheat.
This means that China, already the world’s biggest soybean buyer, may have to increase imports at a faster rate in coming years.
The proposed land reforms may result in more efficient farms, but much will depend on how much land is allowed to be sold, who is allowed to buy it and how the revenue from land sales is distributed.
The other main element of the plan relates to allowing market pricing to play a greater role in pricing commodities.
China has been moving in this direction in recent years, especially with relation to refined fuels, and continuing this path will help align its domestic markets more closely with those for the rest of the world.
If oil products are priced according to global market signals, this will result in far quicker reactions to changes as demand adjusts to either higher or lower costs.
While this may do little to alter the overall import demand for crude oil over the longer term, it will make it more volatile and responsive to changes in global prices.
Perhaps the market with the biggest potential for change is liquefied natural gas, which is currently at a competitive disadvantage as its landed cost exceeds the regulated prices in China’s domestic market.
Allowing natural gas prices to rise closer to the cost of supply may boost demand for LNG, although it’s likely that the government will maintain a role in regulating prices paid by the retail sector in order to help maintain social stability.
There are also implications for global seaborne coal supplies, with the current trend of the price of Chinese domestic supplies capping the international price likely to be strengthened.
In a deregulated market, Chinese power producers could buy coal from whoever offers the best price, meaning international producers will have to match domestic miners, especially since the availability of domestic supplies has been improved by better rail infrastructure.
This is hardly bullish for global coal miners, given low domestic prices in China and efforts to curb the use of the fuel in order to cut pollution.
Another plank of the reform plan is allowing more private competition with large state-owned companies and more joint ventures.
This may serve to lessen the grip of energy majors such as PetroChina and Sinopec and in theory should make China’s market more efficient.
More efficient markets may actually slow growth in demand by cutting subsidies, reducing wastage and increasing competition, but the main effect should be to make markets more price sensitive.
For example, a flare-up of tensions in the Middle East resulting in a spike in oil prices should translate more quickly into a drop in Chinese imports than in the past.
Another point in the plan is a commitment to financial reform and the hint of full yuan convertibility.
This opens up the possibility that China will be able to establish commodity pricing benchmarks more aligned with its demand profile, which, in the case of oil, could challenge the global dominance of Brent and West Texas Intermediate contracts.
Finally, it remains to be seen how these 60-points will be implemented, and much of the impact will depend on the details.
For the time being it looks like China’s leadership is serious about moving to a more market-orientated and consumer-led economy, and importantly for commodities, one that still has a long way to travel down the road of industrial and urban development.
The opinions expressed here are those of the author, a columnist for Reuters.