China Rice Exports to Kick Off with 3,000T Shipment 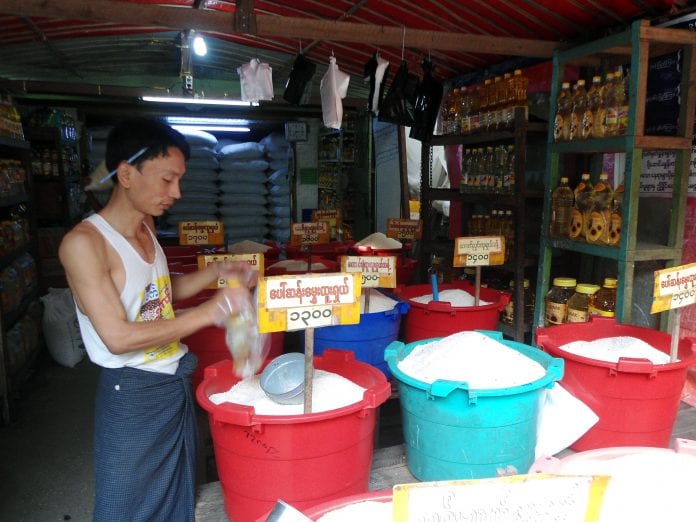 Rice was exported on a large scale previously, but almost all shipments were done informally, without the oversight of either government, and subject to the whims of customs officials on both sides.

An agreement for the export of rice to China from Myanmar was finalised in 2014. Chinese authorities said export companies must take the responsibility for the rice exported from their country. They said the rice should be “grown systematically, stored systematically and hygienically.”

The rice federation submitted a list of nine companies to export rice, but MAPCO was the first to accept the responsibility.

“MAPCO has taken the responsibility to export rice, and has invited companies to invest in their operation at a cost of K10 million per company. Previously, nine companies applied to export rice, but couldn’t fulfil the requirements,” Dr Kyaw Kyaw Aung, treasurer from the federation, told Myanmar Business Today.

“MAPCO will coordinate to buy and sell the rice with these investments and will provide transparent financial documents. The cost per share will be changed according to demand,” he added.

Over a million tonne of rice from Myanmar get exported illegally to China through the border areas every year.

However, legally, Myanmar exported 111,711 tonnes of rice to China – out of about 2 million tonnes exported in 2014-15 fiscal year – according to the statistics of Myanmar Rice Federation.