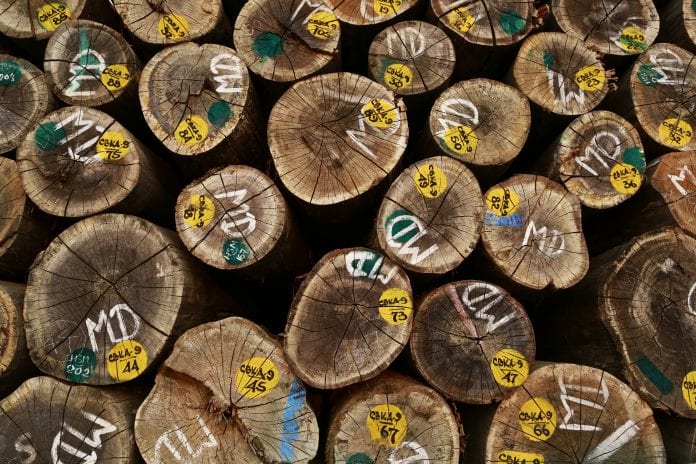 Despite repeated requests from Myanmar, China is slow to take preventive measures against timber smuggling due to underlying concerns about potential consequences, a minister said.

Although Naypyitaw has repetitively asked Beijing to crack down on the illicit flow of timber from Myanmar to China, the Chinese government is not stepping up regulation, seemingly concerned that a halt in log imports could result in insufficient materials for Chinese factories and decreased job opportunities, U Win Tun, union minster for forestry and environmental conservation told reporters at a meeting of the Forestry Products Joint Venture Corp in Yangon.

“We planned to negotiate with the Chinese government to stop smuggling of logs. During the previous visits to China, we have met with the forestry minister of China’s central government and requested action be taken to stop the illegal timber trade and we have also requested the Yunnan provincial government,” he said.

The ministry has also provided the Chinese ambassador to Myanmar with evidential map and photos of log smuggling activities and called for regulatory measures from the Chinese government.

However Beijing seems to be slow in taking measures, presumably because of material access issues and employment issues, he added.

“China’s central government doesn’t seem eager to take part in this. The same can be said about Yunnan provincial government. But this issue affects their interests too,” U Win Tun said.

Major obstacles for stemming the illegal timber trade are the challenges on the domestic sideas well on the Chinese side, whose demand is fueling the illegal logging and the lack of the rule.

“Without rule of law, it is hard to regulate timber logs as well as other extractive resources,” he said.

As the Chinese are turning a blind eye to the illegal timber flow out of necessity, it is essential to have an effective domestic enforcement system, he added.

During the period from 2000 to 2013 nearly $3 billion worth of illegal timber was smuggled across the border to China and timber smuggling activities have intensified in the northernmost state of Kachin, which is the major exit point for timber logs due to fighting between ethnic insurgents and the government troops.