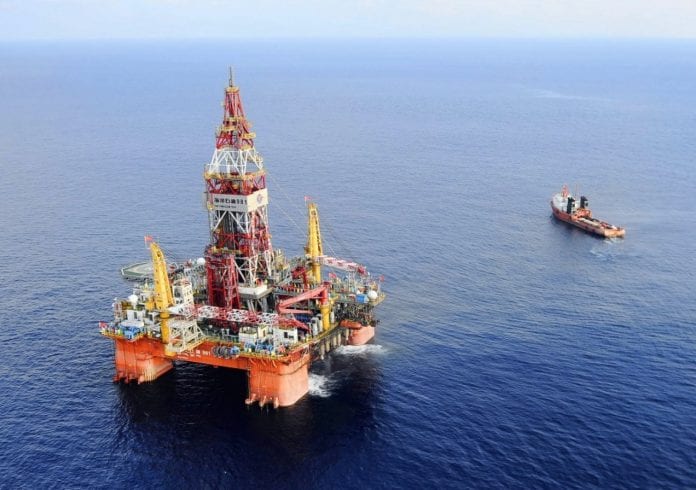 China’s flagship deepsea oil rig Haiyang Shiyou No.981 is drilling offshore Myanmar in the Andaman Sea, tackling the deepest exploration well it has undertaken so far, according to a report by the rig’s owner, state energy group CNOOC.

The $1-billion, semi-submersible giant drilling rig started drilling on February 7 in a water depth of 1,721 metres, in its first overseas deepsea exploration well, said the report on CNOOC’s website www.cnooc.com.cn.

The same drilling rig had previously drilled in waters claimed by both China and Vietnam in the South China Sea. “Haiyang Shiyou” literally means “offshore oil”.

The well offshore Myanmar is targeting a depth of 5,000 metres from the surface of the sea, CNOOC said, without saying where the rig is drilling or who is chartering it.

Oil industry sources have said earlier that China National Petroleum Company (CNPC) is chartering the rig and is the operator of the offshore oil block in the Andaman Sea.