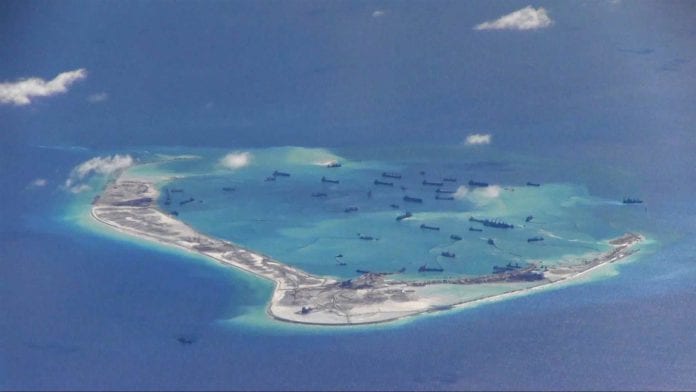 China’s building of islands, pipelines, and railroads in Southeast Asia may facilitate the region’s economic development. Although many commentators focus on how these activities will lead to Southeast Asia’s subservience to China, they may in fact spur more foreign investment and advance regional integration. In order for Southeast Asian countries to reap these benefits, though, they must present a united face.

Between 2001 and 2011, China’s share of trade with the Association of Southeast Asian Nations nearly tripled from 5 percent to 13 percent. During that same time, the US, Japanese, and European Union share of ASEAN trade dropped from 45 percent to 29 percent. China’s recent establishment of the Asian Infrastructure Investment Bank means that China will likely further deepen its economic inroads in Southeast Asia.

In terms of foreign investment, some Southeast Asian economies have already learned that they can leverage China’s growing influence to gain more assistance from the United States and Japan. Japan recently announced that it will funnel an additional $110 billion into Asian infrastructure projects. Tokyo and Washington are also negotiating the Trans Pacific Partnership to deepen trade ties with several ASEAN countries.

So far, Thailand has proven itself particularly adept at fostering investment competition amongst foreign benefactors. Both Beijing and Tokyo, which are Bangkok’s two largest trading partners, are vying to build contending railroads in Thailand. For the military junta, which came to power last year, advancing these two large projects would allow it to advertise substantive development that has occurred under its rule.

Similar counterbalancing is occurring in Myanmar and Vietnam. Myanmar has opened its doors to Western investors, and annual foreign direct investment in the country has multiplied 25 times since 2010, the year its military ceded power to civilian rule. Vietnam is likewise looking to join the TPP, which represents a radical shift for the communist country. Given that Vietnam has by far the lowest GDP per capita of potential TPP member countries, it stands to benefit the most from the trade deal’s realisation.

The second way that China’s expansionism may facilitate Southeast Asia’s economic development is by spurring regional integration. From an economic perspective, ASEAN is already attempting to increase cooperation amongst member states, although it is doing so slowly. From 2001 to 2011, inter-ASEAN trade only grew from 22 percent to 24 percent of the regional organisation’s trading activity. Later this year, ASEAN will announce the establishment of the ASEAN Economic Community, a project intended to harmonise regional economies. Critics question, however, whether ASEAN member states have the capacity, and more importantly the will, to meaningfully advance economic integration.

The threat of China’s expansionism could help to consolidate ASEAN member countries’ belief that integration, both economic and political, is necessary. In April of this year, ASEAN released its most strongly worded statement yet against Beijing’s island-building in the South China Sea, saying that it was concerned that these activities may “undermine peace, security, and stability.” This statement is notable given that it was issued under the chairmanship of Malaysia, which maintains some of the best relations with China of any Southeast Asian country.

The potential for China’s expansionism to spur regional integration, however, is heavily caveated. At the moment, political solidarity amongst Southeast Asian countries is very weak. For instance, while Vietnam has vociferously criticised China’s island-building projects, Thailand has deepened its relationship with Beijing. As long as such diverse foreign policies are pursued, Southeast Asia will remain divided over how it interacts with China. This contrarianism will likely continue as long as ASEAN lacks a strong political and foreign policy component, which is partly a result of the regional organisation’s founding principle of non-interference.

In some circles, particularly in Washington and Tokyo, China’s expansionist activities may appear more worrying than they actually are. This is not to say that Beijing’s island-building and regional infrastructure development projects pose no threat to Southeast Asian countries’ sovereignty. There is certainly a real danger that these countries may someday fall firmly under Chinese dominance. With an appropriate response, however, subjugation need not be an inevitable outcome. Southeast Asian countries can leverage China’s expansionism as an opportunity to maximise foreign investment and advance regional integration, ultimately creating a bloc that can withstand Chinese influence.

Nicholas Borroz is a Washington DC-based analyst of energy geopolitics and investment strategies, specialising in Southeast Asia and the Middle East. Views and opinions expressed in this article are the author’s own and don’t necessarily reflect Myanmar Business Today’s editorial opinion.