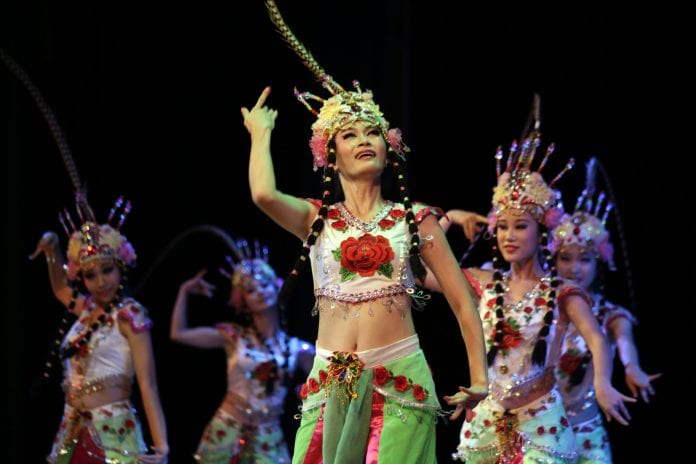 A 41-member cultural troupe from China’s Guangdong province staged an artistic performance at the National Theater in Yangon last week as part of its 2014 China Guangdong Culture Week in the Association of Southeast Asian Nations (ASEAN).

The artistic performance was organised by the Cultural Counselor’s Office of the Chinese Embassy, Department of Culture of China’s Guangdong Province and Myanmar-Guangdong Chamber of Commerce and Industry.

The show was attended by Myanmar Minister of Culture U Aye Myint Kyu, Chinese Ambassador to Myanmar Yang Houlan and Cultural Counsellor of the Embassy Wang Ruiqing.

Leader of the Guangdong cultural troupe Gu Minqiang said at the opening of the performance that the visit of the cultural troupe is aimed at promoting friendship and cultural exchange between China and countries along the 21st century Maritime Silk Road including Myanmar.

Rector of Myanmar University of National Culture and Arts U Kyaw Oo highlighted the undertakings in cultural exchange between the two countries in recent years and thanked China for its assistance in supporting Myanmar’s hosting of some regional sports events as well.

All China’s undertakings indicate its deep friendship with Myanmar, thus constituting the best example and being recorded in the page of history.

The cultural troupe performed programs of various acrobatics, songs and dances, attracting over 1,000 audiences and winning waves of applause for their excellent performances.

The performance was followed by a photo exhibition, in which photos show the development of Guangdong province and construction of Maritime Silk Road.