China’s Three International Cities, and The Foreigners Who Make Them Home 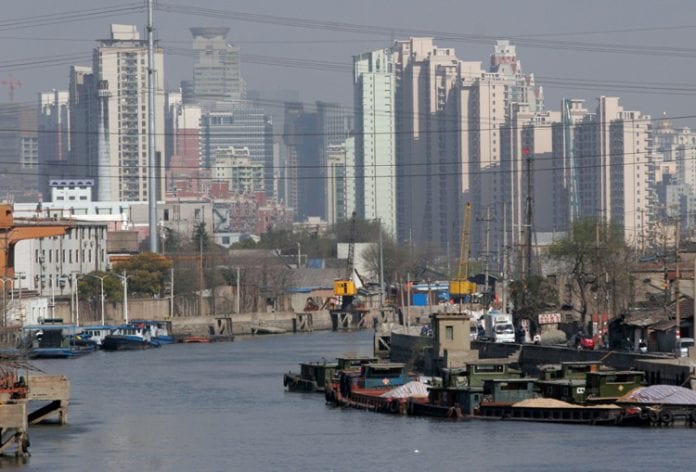 Foreigners have been able to live all over China since the country opened to the outside world only three decades ago. In this short time, westerners have spread all over the country. Three of China’s biggest cities, Shanghai, Beijing and Guangzhou attract the most expatriates, and for very different reasons.

Before the English and French forcefully leased the Shanghai peninsula in the 1840s, Shanghai was a sleepy fishing village. Its recent development has given the city a very fresh, unique feel, without the millennia-old history anywhere else in the country. Even though Shanghai was given back to China in 1949 and almost all foreigners kicked out until the 1980s, there still exists a wide difference between the old European settlements and the Chinese city. People from Shanghai are haughty about their place in China, and the biggest and most cosmopolitan city on the mainland. They resent the migrant labourers from the countryside coming in, and are proud of their high standard of living and history as an international city.

Of any city in China, Shanghai has the most stable group of expatriates, drawn to the familiar tree-lined streets, western conveniences, and the most reliable English spoken on the mainland. Foreigners can find bars and restaurants like those back home, get their hair cut by someone of their own ethnicity, and spend decades in the city without needing to know Shanghainese. It also has a well-deserved reputation for hedonism, and boasts a diverse bouquet of burnouts. Banking and finance also thrive in the ocean city, as many foreign companies have evacuated the toxic air of Beijing.

Beijing feels like the continuation of the old imperial capital, with its mix of skyscrapers and aging palaces, all projections of power from different eras. At the same time, Beijing is at the nexus of several cultures, representative of a country larger than Europe with twice the population. Mongols, Han, Manchus, Hui muslims, and a smattering of others all mixed in the smog and crowd onto the subway. Beijing is China at its most strict, with police checkpoints around public squares and close enforcement of laws not seen elsewhere in China. It has a certain punk rock charm, with famously blunt people, and ghostly, alien smog.

Foreigners in Beijing are a transient group, usually placed there for an embassy posting, a semester of university or a business contract. The student body in Beijing is especially large, as the city is home to the most prestigious schools in the country and the purest form of Mandarin. However, the skyrocketing pollution keeps parents from wanting to bring children to the city, and strict enforcement of the unstable visa policies have led many to leave the city.

Those who stay for their entire lives often insulate themselves from the outside world, protected by a wall of air purifiers and private schools and organisations.

An old Chinese saying about the government influence on southern China says, “The hills are tall and the emperor is far away.” Guangzhou, the centre of mainland Cantonese culture, feels somewhat unaffected by the rest of the country, isolated from Beijing by language, geography and exposure to the outside world. Most people under 50 from Guangzhou speak Mandarin quite well, but the language of life and business is Cantonese, considered a local dialect in China, but with more worldwide speakers than German. They have access to Hong Kong radio, TV, and tend to be more knowledgeable about the outside world.

Expatriates in Guangzhou are invariably trying to export something, be it shoes to Mozambique or batteries to Canada or marina equipment to Argentina. The inner city is devoted to wholesale, thousands of businesses trying to cut a deal and fill a shipping container. Guangzhou has been like this for centuries, and the Persians, Arabs, Portuguese, and Dutch have all left their architectural and cultural mark on the city.