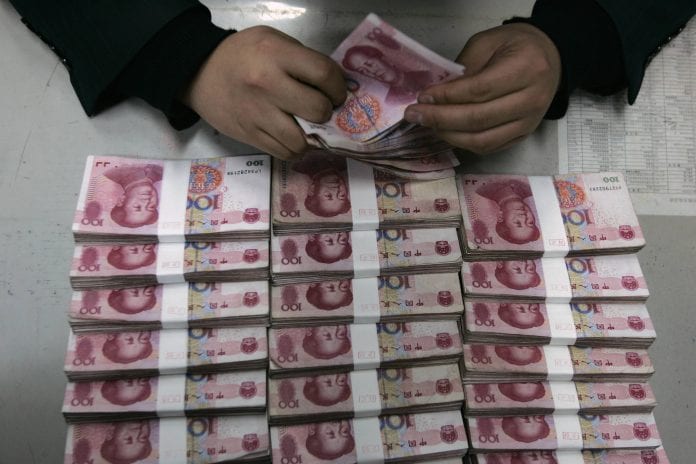 With a market share of 1.39 percent, the yuan remained one of the top 10 most-used currencies for payments worldwide for the third consecutive month. It ranked eighth in December.

Yuan payments increased by 30.6 percent while the growth for all payment currencies was 4.8 percent in January, SWIFT said.

However, yuan payments were still heavily concentrated in Hong Kong, which had a market share of 73 percent, followed by the UK, Singapore, Taiwan, the United States, France and Australia.

“Looking at the first month of 2014, which was the highest payments value recorded for RMB so far, it is clear that the RMB is on its way to remaining a top 10 currency for global payments,” Michael Moon, SWIFT’s Asia Pacific director of payments markets, said in a statement.

Beijing is stepping up efforts to make its currency an international one by accelerating reforms in domestic markets as well as introducing pilot programs to allow freer yuan movements cross borders.

Over the last three years, the yuan or renminbi has overtaken 22 currencies, most recently the Singapore dollar, Hong Kong dollar, and now the Swiss Franc.

The “redback” is now only ranked behind the US dollar, euro, sterling, yen, Canadian dollar and Australian dollar, according to SWIFT.

As a relatively low-risk, high-yield currency that has gained over 35 percent against the dollar since it was revaluated in 2005, the yuan also has become a growing favourite among international investors.     Reuters