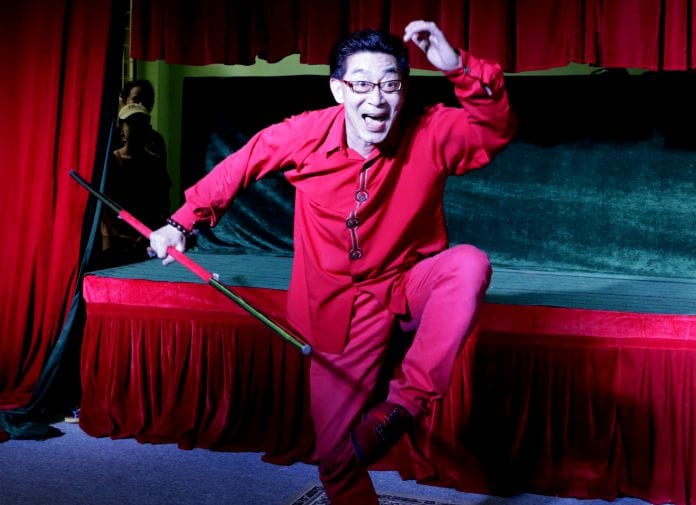 Chinese actor Zhang Jinlai, famous for his role as the “Monkey King” in ’80s Chinese television series “Journey to the West”, recently met with Myanmar fans in Yangon, after his arrival in the former capital city on a visit to Myanmar at the invitation of the Myanmar-China Friendship Association.

Zhang donated K1 million ($1,040) to Su Taung Pyae National Race Youth Development Charity School, home of more than 1,700 students, most of whom orphans or from poor families across the country.

The gathering was sponsored by ASEAN-China Center, the Chinese Embassy in Myanmar and the Myanmar-China Friendship Association. Chinese Ambassador to Myanmar Yang Houlan,

Zhang’s Myanmar visit is the second of a Chinese actor after Hollywood star Jackie Chan visited Myanmar on a UNICEF program in 2012.

Zhang portrayed the Monkey King (Sun Wukong) in the 1986 television series Journey to the West, which was adapted from the classic novel of the same title.