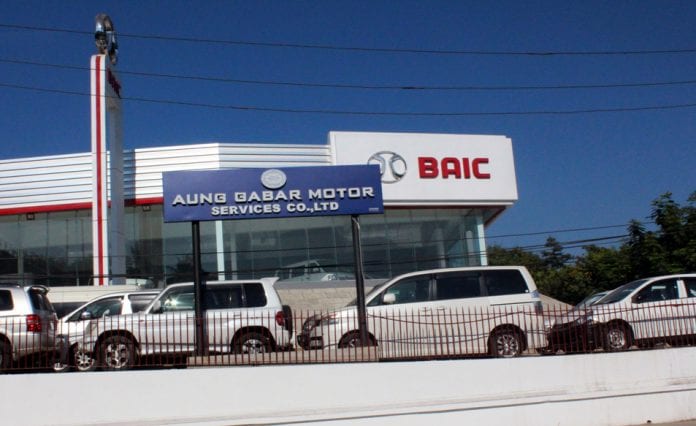 “The users usually opt for the cheaper one.”

Following the relaxation of import regulations three years ago and slash in custom taxes and duties, Japanese automobiles flooded Yangon’s roads. As many as 250,000 cars came into the country since mid-2011, according Road Transport Authority’s statistics.

Some businessmen still import Japanese-made accessories but customers prefer cheaper Chinese-made parts. “Most of the Japanese spare parts in the market are old as imports have slowed down,” another shop owner said.

However, traders say Japanese spare parts imports will eventually pick up as there will be a big gap to fill in terms of supply and demand amid an increasing number of Japanese car imports.

“Currently, there’s little import [of Japanese parts] but the market will soon have a big demand. Also, using cheap spare parts and body accessories is bad for a car, and cars become prone to more accidents if the owners use substandard parts,” an automobile engineer said.