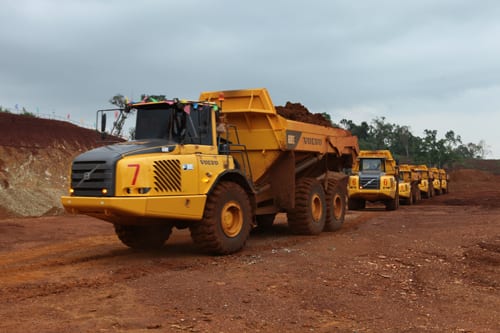 The Ministry of Mining said it is preparing for an $800 million joint venture nickel mining project with China’s state-owned mining firm China Non-ferrous Metal Mining Co (CNMC).
The project will be located in central Myanmar’s Tagaung area.
The Chinese company and the ministry officials have formed a central supervisory committee and related sub-committees, which will oversee quality control and operation of the mine and refinery plant, the ministry said in a statement.
Tagaungtaung Nickel mine is the largest mining project China has cooperated with Myanmar government in the mining industry, and it is also the largest project China has invested in neighbouring countries, CNMC said.
In July 2004 CNMC signed an exploration and feasibility agreement for the project with No.3 Mining Enterprise under the Ministry of Mining of Myanmar.
CNMC finished the geological survey and feasibility study and has signed a production sharing agreement for the project in 2009. The annual output of the mine is estimated at 85,000 tonnes of ferro-nickel, an alloy used in stainless steel production.
Tagaungtaung Nickel Mine, less than 200 kilometres from to the border of China, has an estimated 700,000 tonnes of nickel resources.
In 2009, Chinese officials claimed that this project will lift Myanmar’s GDP by more than 2 percent.
Founded in 1983, CNMC’s major businesses include the development of nonferrous metal mineral resources and construction engineering. It has overseas mining projects in Zambia, Mongolia and Thailand.