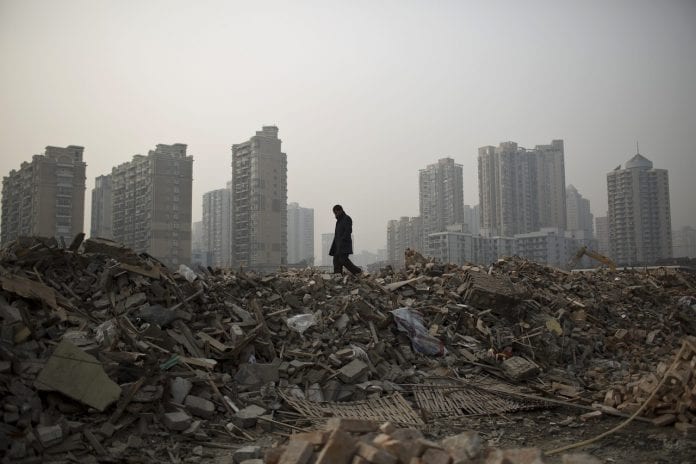 China’s tumbling property market due to its sluggish growth is expected to have an impact on Myanmar’s booming property sector, a real estate portal said in its recent analysis.

Investment in China’s property market in recent years has been so significant that the supply within the real estate market was surpassed demand. Prices of properties in China’s major cities including Beijing and Shanghai fell 0.4 percent in January compared to the month before. On an annual basis, prices fell 5.1 percent in January – the fifth consecutive month that prices fell.

As China is Myanmar’s biggest investor, local real estate experts are concerned about how the Chinese slowdown might destabilise Myanmar’s property market. Chinese investment in Myanmar as of January stands at over $14 billion, according to the Directorate of Investment and Company Administration.

Jan Sommerfeld, country manager of real estate website house.com.mm, said: “Currently, many high-end real estate developments are driven by investors with a Chinese and Singapore-Chinese background. Many of the early investors in these projects anticipated the downfall in China, so they invested their money in countries next to China instead.

“If the development of Myanmar’s real estate market stays positive, we might see even more investment coming from these sources due to a lack of alternatives.”

Soe Hla Tun, managing director of Pyae Wa Say real estate agency, said: “As a neighbouring country, China has made a lot of investments in Myanmar. So the Chinese property market slowing down will affect Myanmar’s property market.”

His added that many players in the field are carefully watching the situation in China to see what impact it will have locally.

High economic growth rate, a private housing market reform, a lack of property taxes and limited access for households to other investment options have resulted in the property market becoming the investment of choice in China.

Investment in China’s property market rose from around four percent of GDP in 1998 to around 14 percent of GDP in 2012. After the global financial crisis of 2008, China eased up credit conditions which lead to an even faster construction boom and escalating property prices.

“A stalling home market also attracts Chinese buyers to invest in Myanmar. According to many developers, a significant amount of Yangon’s high-end units are already bought by Chinese living in Myanmar. If laws and regulations are implemented that allow foreigners to buy property, many Chinese might soon see Myanmar as an attractive investment alternative,” Sommerfeld said.

“However, this only holds true if the Chinese fall does not hurt the general trust in real estate as a safe investment option. If people start to think that real estate investments are always a bad choice, they will not invest in property in Myanmar, but instead will put their money into gold or stocks.”