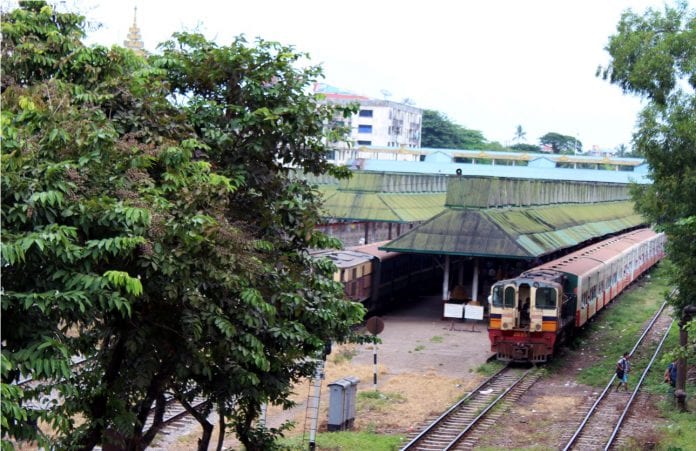 Myanmar Railways announced that the ticket prices have been changed for the Yangon circular train lines which are suffering an overall loss of over K10 million daily.

The new prices, which went into effect November 1, will be K50 for a ride from 1 to 15 miles and K100 from 15 to 30 miles. The new pricing also eliminates round-trip tickets.

“Tickets were valid for round trips before. The new system will require [a commuter] to buy tickets for both ways. This move is aimed to reduce loss,” said U Zaw Pe Sein, Yangon Region General Manager of Myanmar Railways.

The update also cuts the ticket prices for the air-conditioned train and upper class train by K100 each to K300 and K200 respectively.

Average daily earnings from the circle trains are about K8 million, but the service runs at a loss of K10 million per day overall, Myanmar Railways said.

“Usually fares from normal-class lines amount to K2.4 million (per day) and the new prices will push the income to over K4 million,” U Tun Aung Thin added.

A total of 23 trains cover the 29.5 mile long track through 38 stations around the Yangon daily. Each trip around the city takes nearly three hours.

Although the Yangon circular lines provide an alternative to the congested streets of Yangon, the number of passengers is not showing any sign of rising.

However, the circular lines recently earned a record income of K11.9 million on the Thadingyut full moon holiday, temporarily making up for these losses.

Myanmar Railways said the train lines will be improved as necessary and the process to upgrade the ticket selling system and the rails is satisfactory.