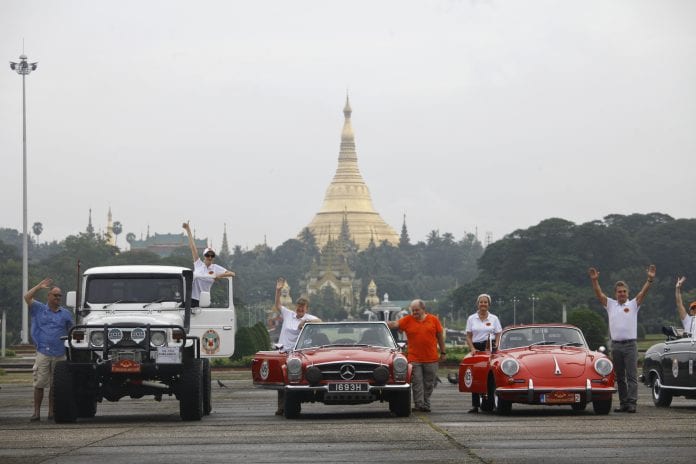 A total of 70 participants of classic car rally are heading to Myanmar after flagging off from Singapore, according to Endurance Rally Association (ERA) website.

The 25-day rally organised by the Endurance Rally Association ( ERA) is due to end in Yangon on February 25.

The group of classic cars are from Britain, Australia, New Zealand, Canada and the United States, it said, adding that the oldest car among them is a 1907 Parigi Italia.

The crew started driving from Singapore through Malaysia and Thailand to be the first to cross the frontier into Myanmar and travel through Mae Sot, Naypyitaw and the ancient city of Bagan.

The ERA has organised 60 major classic car events in more than 50 countries around the world.