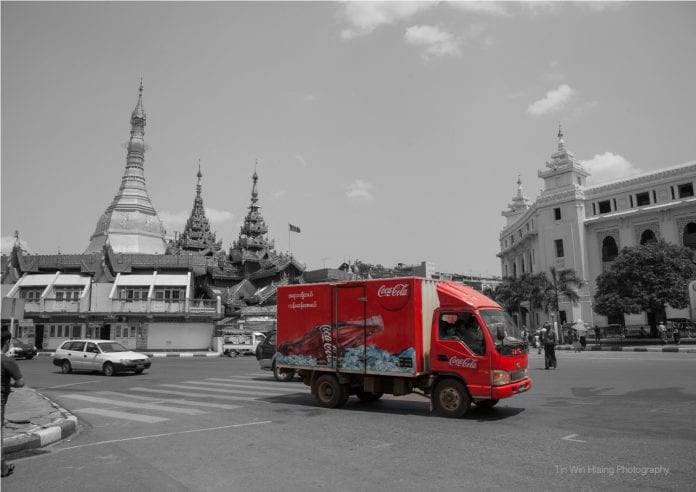 American beverage giant Coca-Cola is on track with its target of investing $200 million and creating 22,000 jobs within the next five years in Myanmar, a top Coca-Cola Co official said.

Coca-Cola in June said it will invest $200 million over the next five years in Myanmar in a bid to increase production capacity, grow logistics including sales and distribution operations, and improve marketing and people capabilities.

“In any country companies face challenges when launching their businesses. We’ve had our share of difficulties while operating in Myanmar, but Coca-Cola’s goals have succeeded to a certain extent.

“We have plans to invest more and we would like to promote Myanmar’s economic development,” Coca-Cola Myanmar’s Managing Director Rehan Khan said.

He said Coca-Cola aims to function as a beneficial and effective social organisation in the long-term in Myanmar.

The Atlanta-based company, for the first time in more than 60 years, opened a facility in Hmawbi in June to locally bottle Coca-Cola since the company re-entered Myanmar in 2012. Coca-Cola announced in November that it will increase the capacity of its Hmawbi factory.

A second factory at Hlaing Tharyar also manufactures Coca-Cola soft drinks, and the company is planning to build a new bottle manufacturing factory.

“Coca-Cola made long-term investment in the manufacturing infrastructure and new technologies in Myanmar,” Khan said.