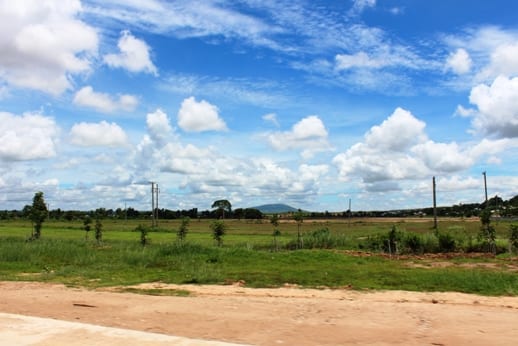 Economists believe land is one of the most valuable assets on earth and that’s why we call land the “real” estate. When it comes to the issue of understanding land titles in a foreign country, especially for businesspeople who invest there, it can be difficult to comprehend the different layers and categories. Land title in Myanmar is no exception.

There are 22 laws in Myanmar which govern the issues of land, land administration and land ownership, ranging from the provisions under the Constitution of the Republic of Union of Myanmar (2008) to the Lower Burma Land Revenue Manual issued in 1876. Therefore referring to or even outlining such laws in this article is impossible. From the business point of view, however, following quick visit to the nature and legal status of different types of land in Myanmar can be useful.

Freehold land can be interpreted in Myanmar as ancestor land and it is transferable and can only be taken back by the government for the state’s interest and in accordance with the Land Acquisition Act 1894. Freehold land exists mostly in big cities such as Yangon and Mandalay and with the very few instances in small town and villages.

Grant land is owned by the government. Land at the disposal of the government may be disposed of by grant or lease to any entity for a stipulated period described in the document known in the Myanmar language as “Ga-Yan”. The lease period can range up to 90 years and it is transferable. For Yangon, grants are given by the Yangon City Development Committee (YCDC) and for Mandalay by the Mandalay City Development Committee (MCDC). Both cities have their own Development Committee Laws. For other cities or towns, grants are given by the concerned districts general administration departments as they fall within the broader application of the development committee laws which apply to all part of the country except Yangon and Mandalay.

Forest land is declared and administrated by the Ministry of Forest under the Forest Law. Permission is required from both the Ministry and the Cabinet to extract timber, cut firewood and produce charcoal. Approval is also required of government enterprises involved with gem mining or oil exploration/activities in the forest land.

The government may grant the rights to cultivate/utilise to joint-ventures, state owned enterprises or other organisations and private individuals on a commercial basis such as for agriculture or livestock breeding. The governing authority to grant the rights is the Central Committee for the Management of Culturable Land, Fallow Land and Waste Land.

Foreigners are not allowed to own or transfer land and the only transfer is allowed by way of lease which however shall not exceed one year, except in the case of MIC-approved company, whose lease period may be granted to 30 years. There is however no legal provision which bars foreigners from having access to rights for Agricultural Land or Culturable Land.