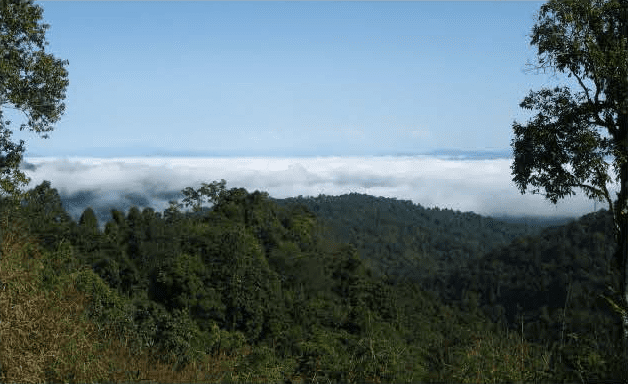 Long isolated by economic and political sanctions, Myanmar returns to the international community amid high expectations and challenges associated with protecting the country’s great natural wealth from the impacts of economic growth and climate change. In a new study, scientists from the Wildlife Conservation Society have examined the implications of economic development and climatic changes on conserving Myanmar’s biodiversity and provide recommendations for conservation planning within a context of a changing climate by strengthening the protected area system and engaging in ecosystem-based adaptation strategies.

The paper appears in the latest edition of AMBIO: A Journal of the Human Environment. The authors include: Madhu Rao, Saw Htun, Steven G Platt, Rob J Tizard, Colin M Poole, Than Myint, and James EM Watson of the Wildlife Conservation Society.

“For many years, Myanmar’s isolation has served to protect the biodiversity which has disappeared from many other regions in Southeast Asia,” said Wildlife Conservation Society’s Dr Madhu Rao, lead author of the study.

“Things are now changing rapidly for Myanmar, which will soon experience increasing economic growth and the myriad cascading effects of climate change on its forests and coastlines. The opportunity to protect the country’s natural heritage with a strategic and multi-faceted approach is now.”

Unlike many other countries in the region, Myanmar still contains high levels of biodiversity along with vast swaths of natural forests. The country contains a wide assemblage of habitats including lowland tropical forests and mangrove ecosystems that are increasingly degraded and depleted elsewhere in the region. Myanmar also contains a number of species found nowhere else on Earth, such as white-browed nuthatch (Sitta victoriae), Myanmar snub-nosed monkey (Rhinopithecus strykeri), Burmese star tortoise (Geochelone platynota), and Burmese roof turtle (Batagur trivittata). In all, Myanmar is home to 233 globally threatened species, including 37 critically endangered and 65 endangered species.

The authors conducted their analysis of Myanmar’s environmental threats with an examination of relevant peer-reviewed and gray literature sources. Within a context of weak environmental safeguards and low investment in conservation, rapid economic development is expected to have negative implications for already threatened biodiversity and natural resource-dependent communities. Climate change will further exacerbate prevailing threats given Myanmar’s high vulnerability. The effects of climate change, the authors assert, will directly impact wildlife species through loss of suitable habitat and changes in ecosystem function. Climate change will also impact local communities, and affect their reliance on terrestrial, freshwater, and marine resources.

“The threat of climate change implies the need to embrace ecosystem-based strategies that will enable people to be resilient and allow species to survive. With sensible planning, the people of Myanmar can aim to protect the key ecological services that will provide an important buffer for the likely effects of climate change that are already occurring,” said Dr James Watson, WCS’s Climate Change Program Director and a co-author on the study.

Recommendations presented in the paper include a planned expansion in the existing protected area network to capture underrepresented ecosystems and climatic refugia while ensuring functional connectivity for species in the context of climate change. The authors recommend the development and implementation of strict regulatory frameworks to mitigate potential negative impacts of large-scale infrastructure development projects on biodiversity.

“Leaders of the Myanmar government have a chance to transform their country into a model for sustainable development,” said Joe Walston, executive director of WCS’s Asia Program. “Saving Myanmar’s natural wonders for posterity will rely on filling knowledge gaps and correctly anticipating the responses of environment and people in a changing world.”