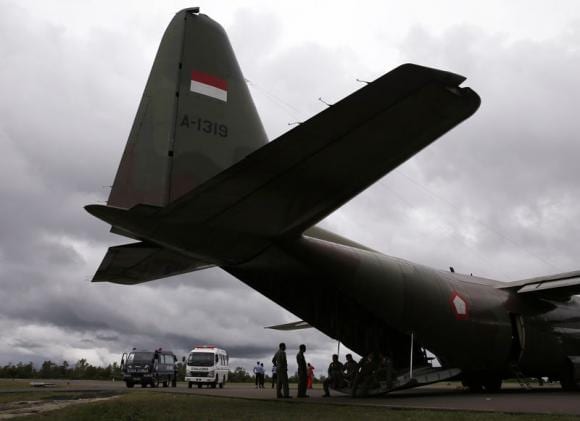 The sheer volume of flights in the skies over Southeast Asia is putting pressure on outdated air traffic control and on pilots.

Pilots who have flown the Indonesia to Singapore route say it’s not unusual for delays to requests to increase altitude to avoid bad weather – and for requests to eventually be rejected due to the number of other planes in the area.

That leaves pilots flying in a region of volatile weather conditions facing a high-risk challenge: when to take matters into their own hands and declare an emergency, allowing them to take action without getting permission from air traffic control.

Most consider that step – which requires them to broadcast a wideband call to other aircraft in the area and which will later be closely scrutinised by regulators – a last resort.

“As a professional pilot, you are obligated to think quickly,” a Qantas Airways pilot with 25 years experience in the region told Reuters. “If you’ve signed for the plane, as we put it, you’ve signed for potentially 300 passengers and millions of dollars worth of aircraft; that’s a multibillion dollar liability. Part of the job is to balance the risk and make a snap decision.”

Weighing those risks has become increasingly difficult in Southeast Asia, an area that has seen explosive growth in budget air travel in recent years.

The number of passengers carried annually across Asia-Pacific has jumped by two-thirds in the past five years to more than 1 billion, according to the Centre for Asia Pacific Aviation. Budget airlines, which only took to the skies around a dozen years ago, today make up about 60 percent of Southeast Asia’s seat capacity. AirAsia and Indonesia’s Lion Air have placed record orders with the main plane makers.

Boeing predicts the region’s airlines will need about 13,000 new planes over the next two decades, and Airbus expects Asia-Pacific to drive demand over that period.

“There are certain flight corridors that are over-stressed due to traffic,” said a former Singapore Airlines (SIA) pilot with a decade’s flying experience at the carrier. “One certainly would be the Indonesia/Singapore flights which are flown by many different companies and aircraft types at a variety of altitudes and speeds.”

Pilots say that causes a logistical nightmare for the region’s air traffic control (ATC), particularly outside high-tech hubs such as Singapore.

“As the airways become more crowded, it takes ATC longer to coordinate and give clearances such as higher altitudes and weather deviations,” the former SIA pilot said.

This can be critical in a region where weather conditions can change very quickly, with strong winds and tropical thunderstorms posing time-critical challenges for pilots.

The circumstances around the AirAsia crash are not yet known, but investigators and the airline’s chief Tony Fernandes have pointed to changeable weather being a significant factor.

The Association of Asia Pacific Airlines said last month that while airlines were investing heavily in fuel-efficient planes to meet rising demand, there was growing concern about the need to also invest in related infrastructure, such as airport terminals, runways and air navigation services. (Reuters)