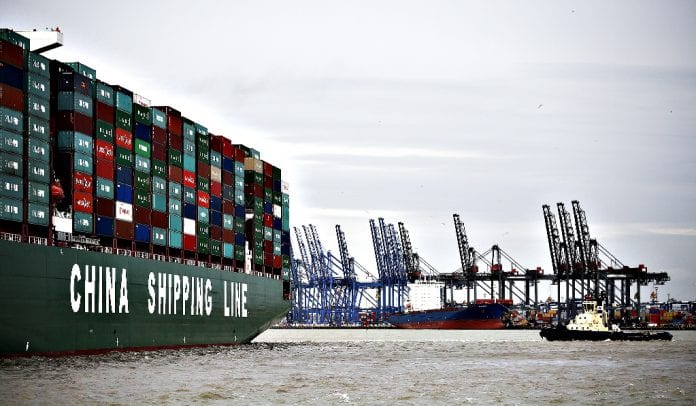 China Shipping Container Lines (CSCL) is to launch services between China and Myanmar with direct services from Shanghai to Yangon in a bid to meet growing trade demand, the company said.

The container shipping service from two major ports of East China’s Ningbo and Shanghai to Yangon will become the first ever direct service between the two countries, China Shipping said.

The new service will be operated with four vessels with nominal capacities of 1,100TEU (twenty-foot equivalent unit) each, delivering a weekly service with transit time, from Shanghai to Yangon, of 14 days.

According to SeaIntel, the CSCL service will depart Shanghai then call at Ningbo, Ho Chi Minh City in Vietnam, Singapore and Yangon.

The first vessel has departed from China on January 26 and arrive at Yangon on February 8 calling to Yangon Port, China Shipping said.

In terms of containerised cargo trading with Myanmar, China occupies the largest share compared to other countries. A spokesman for CSCL told the Hong Kong-based South China Morning Post that cargo volume between China and Myanmar had grown by 30 percent in the past year to 350,000 TEUs.

According to statistics from Word Trade Organisation, trade between Myanmar and China grew an average 16 percent a year between 2009 and 2013.

Currently, all the containers imported from China to Myanmar are trans-shipped at Singapore and Port Klang, which prolongs the transit time to about 18 days.

China Shipping, which has been present in Myanmar since 2001, said it will take aggressive strategy in expanding its service coverage in Myanmar.