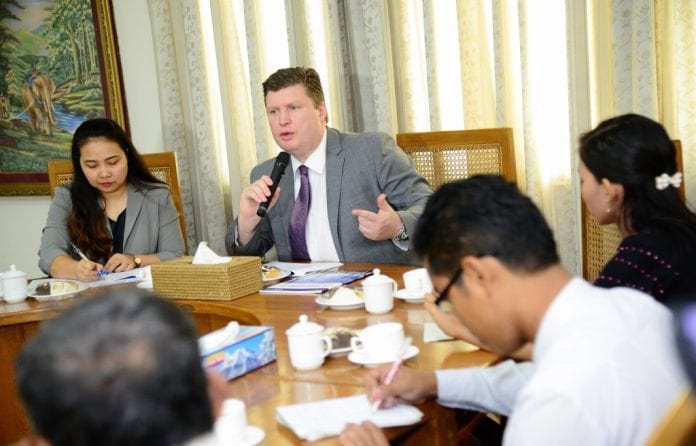 Despite recent improvements, the current legal structure leaves no confidence in lenders and this is harming international investors’ attempts to venture into Myanmar’s real estate sector, according to a report by Myanmar law and tax advisory firm VDB Loi.

The existing structure of the MIC Permits is unfavourable for investors because they don’t allow foreign investors to directly own the units. If trouble were to occur, the local partner has the right to sell the units, making it to risky for lenders and foreign shareholders.

“We believe that the regulations for carrying out a real estate development project can be strengthened from the perspective of consumer protection,” Edwin Vanderbruggen, partner at VDB Loi and author of the report, said at the launch event of the report “Investing in Myanmar Real Estate.”

“People paying deposits for apartments that are not yet completed should be protected from long unforeseen delays or from insolvency of the developed.”

The report added that many local developers also have difficulty gaining traction with raising funds from a wide range of foreign investors and lenders because of limitations imposed in government leases.

However, Edwin said there is a way to help this situation by working with the Myanmar Investment Commission.

Allowing a third party to analyse the worth of the building and offering a form of refund with a 10 to 20 percent deduction is one of the ideas that would bring Myanmar to international standards and install confidence in lenders and investors helping bring more foreign investment into Myanmar, he said during his presentation on Myanmar’s real estate market and legal update, which was co-hosted by UK-based property firm Savills and the Malaysia Myanmar Business Council.

The near impossibility of obtaining proper permits was also a major criticism in the report. Although these permits are nominally mandatory, “less than 5 percent of large scale property projects have obtained a MIC Permit,” the report says.