Dagon City 1 Dumped by Gov’t under Pressure from Monks, CSOs 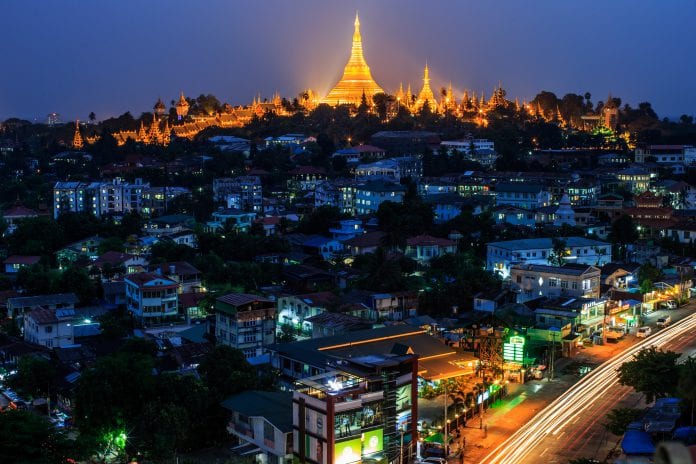 The Union Government announced on July 7 that the Dagon City 1 Project in Yangon has been shut down permanently in a bilateral agreement between the government and the luxury property developers.

“There were growing concerns among the people, monks, scholars and experts about the dangers of these projects to the Shwedagon Pagoda. The Myanmar Investment Commission and the ministry of defense also suggested that these projects should be stopped. When the investors were consulted about these concerns, they also willingly agreed to stop these projects,” secretary of the central government Zaw Than Thin said in a televised statement, as reported by Reuters news agency.

U Than Myint, minister for planning and economy of Yangon region, said, “There are differences between the implementation of project on the ground and (Marga’s) submitted plans to the Union Government. Therefore the investigation committee was formed and the committee submitted the report to Union Government end of June because the project is not under the administration of Yangon Regional Government.”

An earlier lawsuit was dismissed because the project is on Ministry land belonging to National Defense University and the army’s No.1 Motor Vehicle Depot, and therefore not under the legal jurisdiction of the Yangon regional government.

Economic and legal consultant U Tin Than Oo blamed those who approved the plans. “The government stopped the project. It is within the bounds of the law. The provision that high levels buildings shall not be constructed near famous pagodas has been established. People who permitted the project without studying the law have responsibility for this issue. Therefore, the dignity of the country was lost because of the negligence of these people.”

There were publicly-voiced concerns, vehemently denied by Marga, that drainage from Dagon City 1 could harm the foundation of the Shwedagon. This and other allegations turned public opinion against the project. Several civil society organisations and religious associations made objections to the project.

Daw Dae We Thant Sin, an environmental conservation specialist, told Myanmar Business Today, “It should be clear around the cultural and historical heritages. As a Myanmar citizen, I don’t like the construction of such buildings. Sule Pagoda also has been obscured by high buildings around it.”

Marga Landmark said in a statement, “Marga Landmark respects the final decision made by the Myanmar Government. While everything we have done is proper, legal and for the best interest of our customers and the public, as a responsible foreign developer who aims to contribute to the social and economic development of Myanmar, Marga Landmark respects the public sentiment, particularly those of the Sangha members, and is working with the Myanmar Government towards an arrangement that upholds the international contract between Myanmar and foreign investors.”

Secretary Zaw Than Thin said in his statement that the government will arrange for the compensation of investors as the project was stopped.