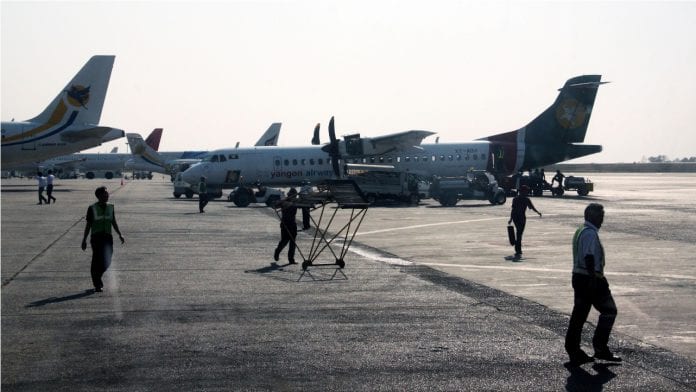 Landing restrictions for domestic and foreign chartered airplanes at six airports have been eased to allow them to land at any hour of the day, according to the Department of Civil Aviation (DCA).

“In the past domestic flights had to arrange their best to land at their destinations before sunset. As for other flights, 10pm was the last time to land. In emergency cases planes were allowed to land after that time but only at Yangon and Mandalay airports. Now airports are ready for 24-hour landings,” said U Kyaw Soe, director of DCA, told Myanmar Business Today.

Although only six airports can provide landing assistance for chartered planes on a 24-hour basis, planes can land later than usually allowed in Myitkyina Airport in Kachin state, Kyaing Tone Airport and Tarchileik airport in Shan state and Sittwe Airport in Rakhine state with the approval from the Ministry of Defence, he added.

The DCA said it has also improved the regulations to ensure better safety for planes directly flying to a destination in Myanmar, providing signal systems that improve the visibility of runways at nights and in bad weather, and streamline the process of granting landing permits to chartered planes.

Currently Myanmar has 30 operational airports and another 36 that are non-operational. DCA is currently working with foreign investors to develop a new international airport in Bago, which is slated to be able to handle more than 12 million passengers.