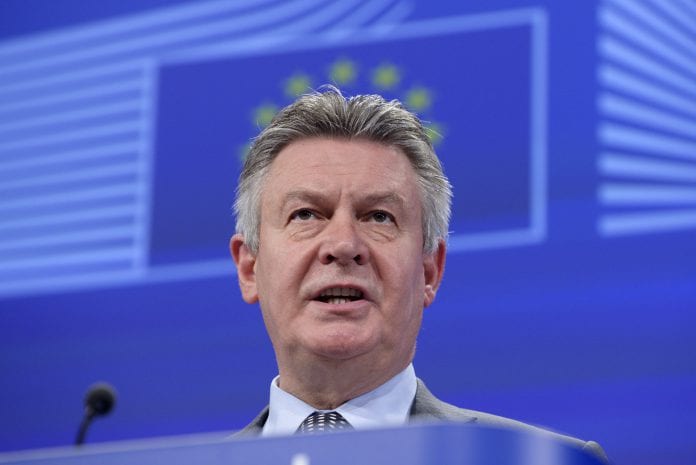 European Union Commissioner for Trade Karel De Gucht last week launched negotiations for a bilateral investment protection deal with Myanmar, a move to provide legal certainty for European investors and give them preferential access in the former-pariah nation.

“If you want to stimulate European investors to actually invest in Myanmar, it’s important that they are certain that their investments are duly protected,” De Gucht told Myanmar Business Today before kicking off the talks with Dr Kan Zaw, union minister for National Planning and Economic Development in Nay Pyi Taw.

“The deal will mean, for example, investors will be indemnified and can’t be expropriated, have provisions of international arbitration in case of a dispute, among others.”

De Gucht said trade relations now are “not only about exports, but also about investing in a country” as trade gets increasingly dominated by supply chains of several countries working together to make a finished product.

“It’s important to give confidence to them [investors] because there are so many places where Europeans can choose to invest. You have to create good provisions [here] to attract investments,” said the trade commissioner who was in the country as part of a Southeast Asian tour to bolster trade links with Myanmar, Vietnam and Cambodia.

“Experience is showing how opening up to trade is helping these dynamic countries raise living standards. At the same time, their markets provide opportunities for European exporters, so we really do have a win-win situation,” he said in a statement before his visit.

The EU rewarded the current government’s political and economic reforms by lifting sanctions and reinstating the Everything but Arms (EBA) initiative under the Generalised Scheme of Preferences (GSP) in July last year. In 2013, bilateral trade between the EU and Myanmar stood at €569 million ($784 million), compared to €403 million ($555 million) in 2012, a 41 percent increase.

De Gucht said: “EBA is not a sectoral approach. Myanmar will be able to export everything except arms with duty and quota-free advantage to the European market of over 500 million consumers. It seems logical to me that you start with your classical sectors garment, fisheries and gemstone.”

He said Myanmar, however, has an opportunity to develop new export sectors in the European market, citing example of Cambodia, which developed its bicycle industry under the EBA scheme and exported 1.4 million units last year.

“Exporters should explore opportunities in the EU market and try to find new niches and sub-sectors where they can have a competitive advantage. We can help exporters, but the private sector also has to take initiative.”

De Gucht also launched a Handbook for Exporters on EU Trade Preferences in Yangon during his two-day official visit at the Union of Myanmar Federation of Chambers of Commerce (UMFCCI).

The free-of-charge publication, which has been published in Burmese and in English, provides guidance for companies and institutions on the procedures of the EBA initiative under the GSP. “The handbook on GSP is a tool to help exporters make the best possible use of these trade preferences,” the EU said.

The EU is also in the process of selecting proposals for the establishment of a European Chamber of Commerce in Myanmar, in a bid to boost advocacy of EU business in Myanmar.

“This investment agreement could become an important accelerator for the reform process in Myanmar,” said De Gucht after starting the negotiations.

“Experience has shown that improving legal certainty and predictability for investments is key in providing business opportunities and much-needed development for this growing economy.”

“These provisions provide guarantees to companies that their investments will be treated fairly and on an equal footing to other investors,” the EU said in a statement.

Both parties will ensure that the dispute settlement system is transparent, that it does not encourage unsubstantiated and frivolous claims, and that arbitrators respect a code of conduct, the EU and the Myanmar government said in a joint announcement.

When asked if the EU thinks there is a chance of Myanmar backsliding on its reforms, De Gucht said: “We decided to have such a negotiation when President Thein Sein visited Europe. Now, we have a mandate from member states to negotiate the deal. I don’t see any risk of backsliding, I don’t think so.

“We would like to have an investment agreement as soon as possible.”

According to official figures, cumulative EU investments in Myanmar stood at $3.1 billion, only about 9 percent of the total FDI in the country, mostly due to sanctions.